Report and photos by Mike Killian

U.S. global air superiority comes thanks, in large part, to aerial refuelers, such as KC-135 Stratotankers and their crews at the Air Force Reserve’s 507th Air Refueling Wing. Everything from fighters to bombers and reconnaissance aircraft, to the Blue Angels and Thunderbirds being able to get around America to perform in front of millions of people, all rely on the KC-135 and their crews.

Based in Oklahoma City and the heart of Tornado Alley, the ‘OKIES’ of Tinker Air Force Base are the largest Air Force Reserve Command flying unit in Oklahoma. They are responsible for organizing, fully training and equipping Combat-Ready Citizen Airmen to provide strategic deterrence and global capabilities, all while empowering, inspiring and developing them to shape the future.

They report to Fourth Air Force, performing daily missions both locally and around the world in support of Air Mobility Command and U.S. Strategic Command’s national emergency war order requirements and providing world-wide aerial refueling to U.S. and NATO aircraft in times of peace, war and national emergency.

They also train crew on the Reserve C-17 Globemaster III at a geographically separated unit, the 730th Air Mobility Training Squadron at Altus AFB, Oklahoma, where KC-46 Pegasus flight training will begin in the near future.

Simply put, U.S. airpower simply would not be what it is today without mid- air refueling, and I was honored to join the Okies recently on an aerial refueling training mission supporting the 138th Fighter Wing’s ‘VIPERS’ of the 125th Fighter Squadron from Tulsa Air National Guard Base, who fly F-16 C/D Fighting Falcons capable of breaking Mach 2 (over 1,300 mph) at 40,000 feet and serve in both air-to-air and air-to-ground attack roles.

The KC-135 flown by the 507th date back to the 1950’s and 60’s, but they are well maintained and have been modified heavily over the years to expand the capabilities, efficiency, safety and reliability of their fleet of 8 aircraft, which are flown by the 465th Air Refueling Squadron (465th ARS), one of Wing’s three flying organizations in the 507th Operations Group (507th OG).

And they plan to keep flying them until at least 2040 too, according to Col. Miles Heaslip, commander of the 507th ARW.

The wing consists of three subordinate groups and 11 squadrons, employing more than 1,200 men and women who are Reserve Citizen Airmen who also live and work locally in various civilian professions. Approximately 200 members of the 507th are traditional civilian employees or dual status Air Reserve Technicians who serve as a support cadre.

They are one of the more diverse Air Force Reserve units in existence, flying 3-4 missions daily and oﬀ-loading millions of pounds of fuel in support of operations worldwide, flying more than 3,000 hours annually in support of national defense requirements. Additionally, the wing serves as the support backbone for the 513th Air Control Group (ACC), the Air Force Reserve’s only associate E-3 Sentry Airborne and Warning Control System (AWACS). Expeditionary medical support rounds out the wing to make it one of the Reserve Command’s most valuable assets.

The 507th ARW even has its own medical squadron, the 507th MDS, who not only takes care of everyone physically, but also trains personnel in initial first-aid care, CPR training, gas mask fit testing, and heightening awareness of suicide and its prevention. If mobilized, staﬀ members are trained to support a fixed or mobile field hospital site.

After our briefing with Col. Heaslip it was time to head to the planes and meet the crews, call signs Okie 41 and Okie 42. The skies were crystal clear & quite calm over Oklahoma; a virtually perfect day to fly, which was odd being that this time of year is severe weather season for the midwest.

Both crews taxied out in trail, taking oﬀ 1 right after the other at 0930 and cruising to 21,500 feet to rendezvous with four Vipers over Salina, Kansas.

They came in 2 flights of 2, called “grey” flight and “tribe” flight. Under a very carefully choreographed dance at 250 knots, and just 25 feet away, the first jet came pre-contact while the second jet went echelon left as our boom operator served up the first fighter with 4,500 gallons of fuel, followed by jet 2 taking on 3,500 gallons.

The boom operator lays down in front of a window to fuel the jets. On each side is a steel “bed”, where instructors and students can observe and train. For this day though it became my office too, shooting photos and video while laying down on my stomach. It’s not exactly comfortable – it’s cramped and cold, but the office views are amazing.

Our tanker crew and the fighters made it look easy, but linking up at 300mph is not something to take lightly; even minor mistakes can cost lives in a split second. And they have to do it day or night too.

Once both fighters were topped off, and knowing I was onboard, they each joined formation directly behind us and gave us a couple minutes of photo ops, before throwing us some Shaka hand-signs as thanks and each rolling over and descending rapidly out of view.

After a short while, the other 2 fighters showed up, each taking on 3,000 pounds and 1,500 pounds of fuel respectively, before giving their thanks and continuing on with their sortie.

With the mission accomplished it was back to Tinker AFB for a 1300 landing, which is named in honor of Major General Clarence L. Tinker of Pawhuska, Okla. General Tinker lost his life while leading a flight of LB-30 “Liberators” on a long-range strike against Japanese forces on Wake Island during the early months of World War II.

And as my flight day came to an end, the 507th’s was just getting started. As I drove away, 2 more tankers were already on their take-off roll for the next mission.

Tinker AFB will also be hosting the 2019 Star Spangled Salute Air & Space Show on June 1-2, 2019, giving you the perfect opportunity to visit the 507th ARW up close and personal and meet some of the men and women who help make their mission a success every day. The Navy’s World Famous Blue Angels will headline the show.

– My sincere thanks to Tinker AFB and all the men and women serving with the 507th ARW, their Public Affairs / Media staff, as well as the 138th Fighter Wing and 125th Fighter Squadron from Tulsa for giving me some great opportunities to produce some original images of them in action. 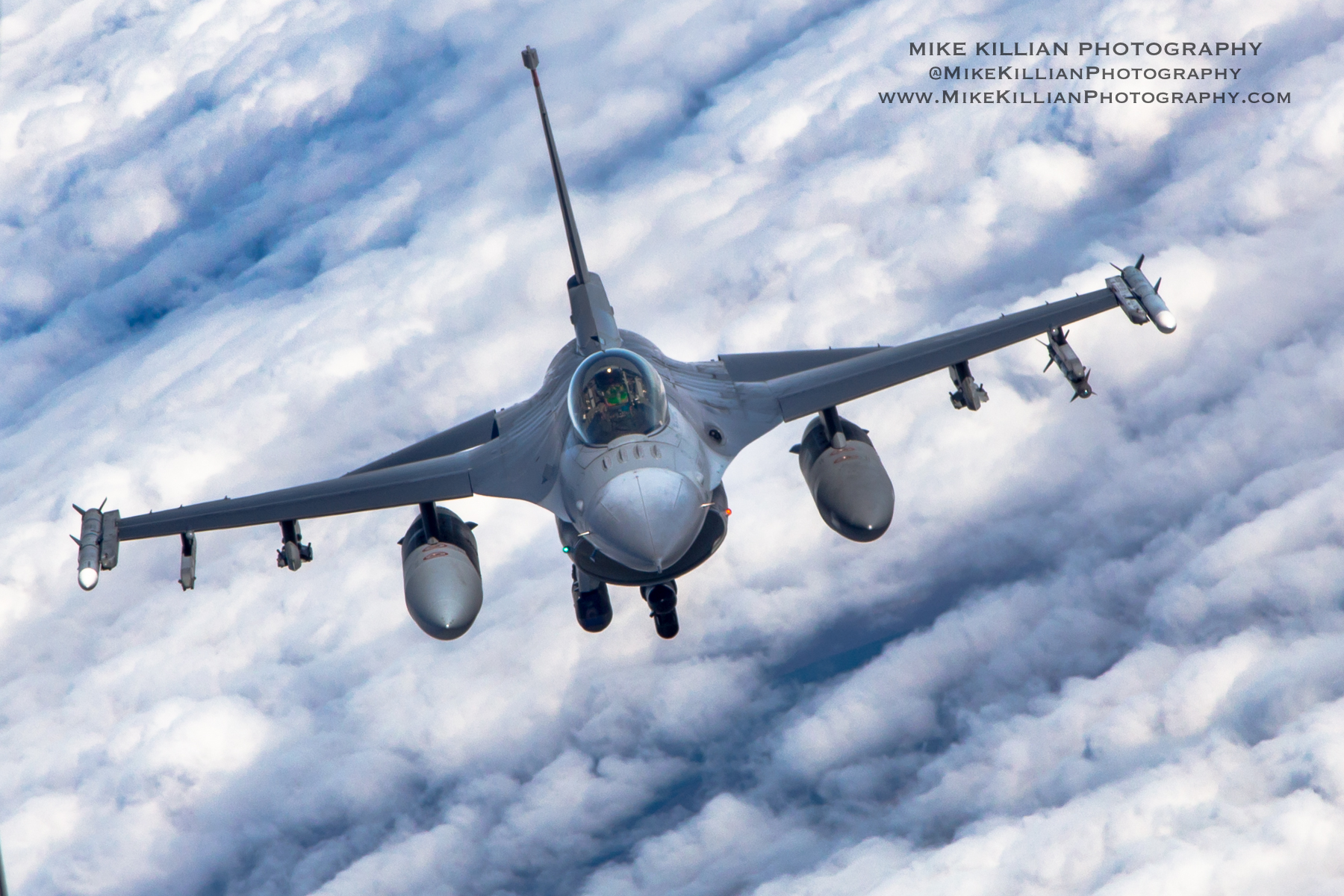 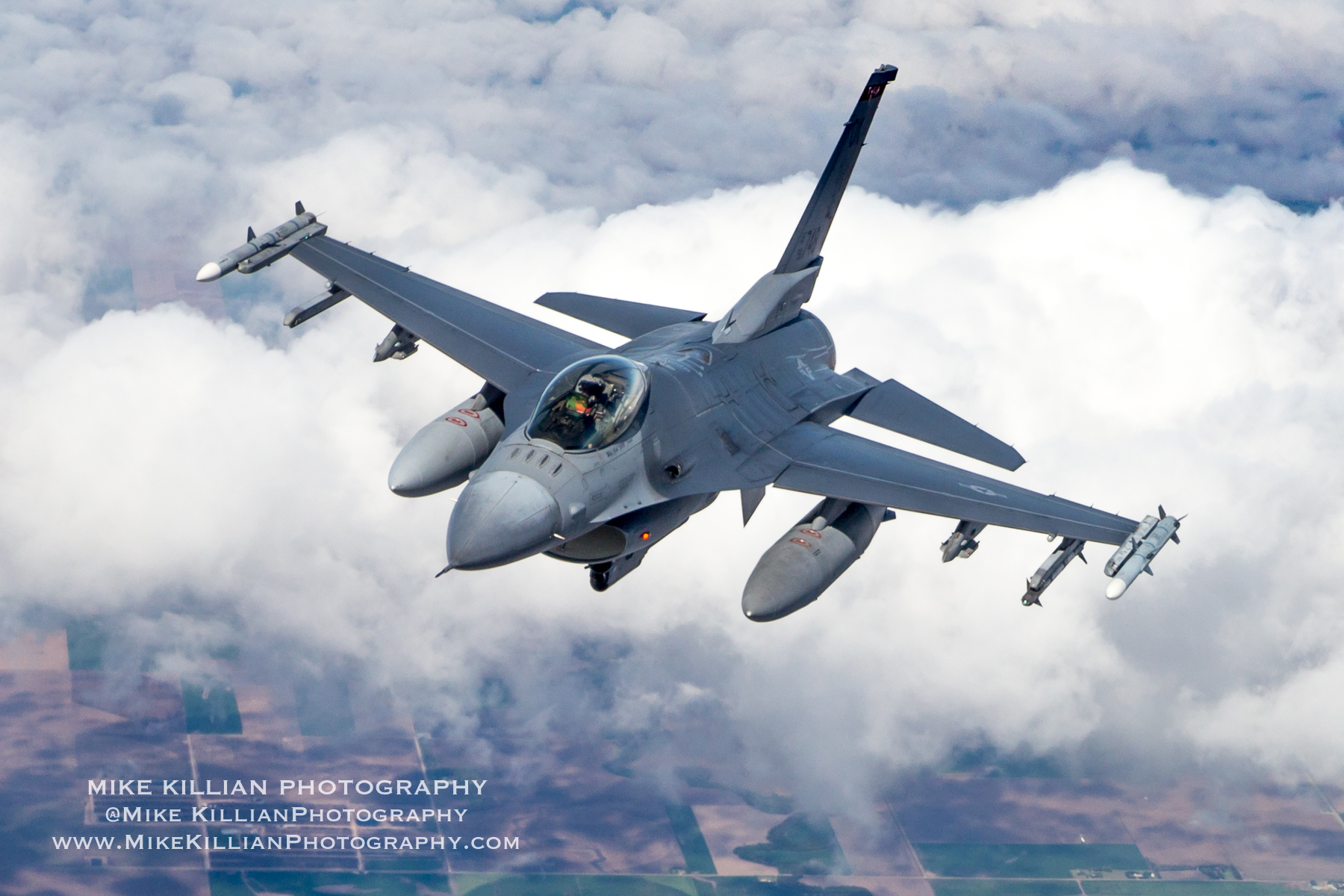 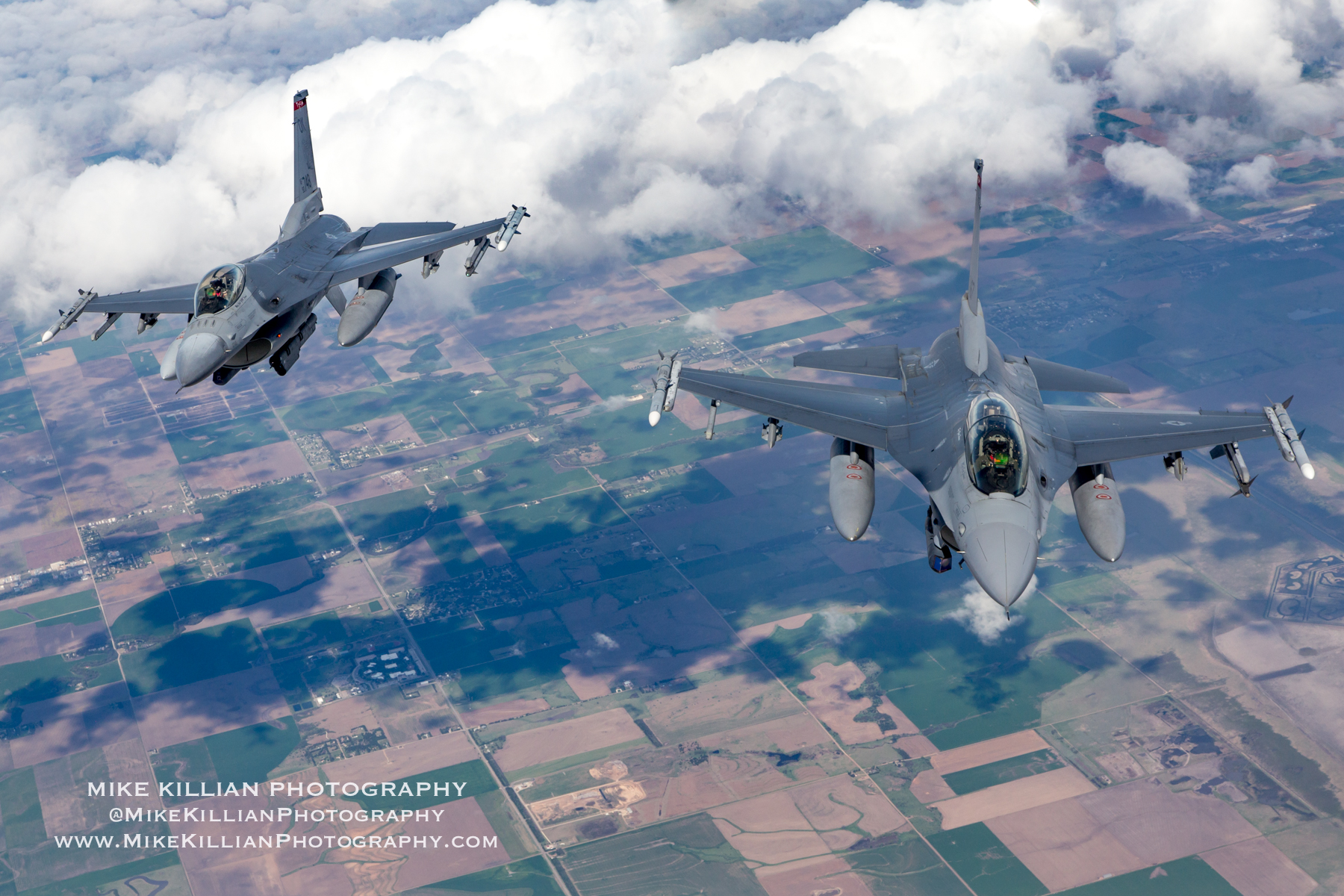 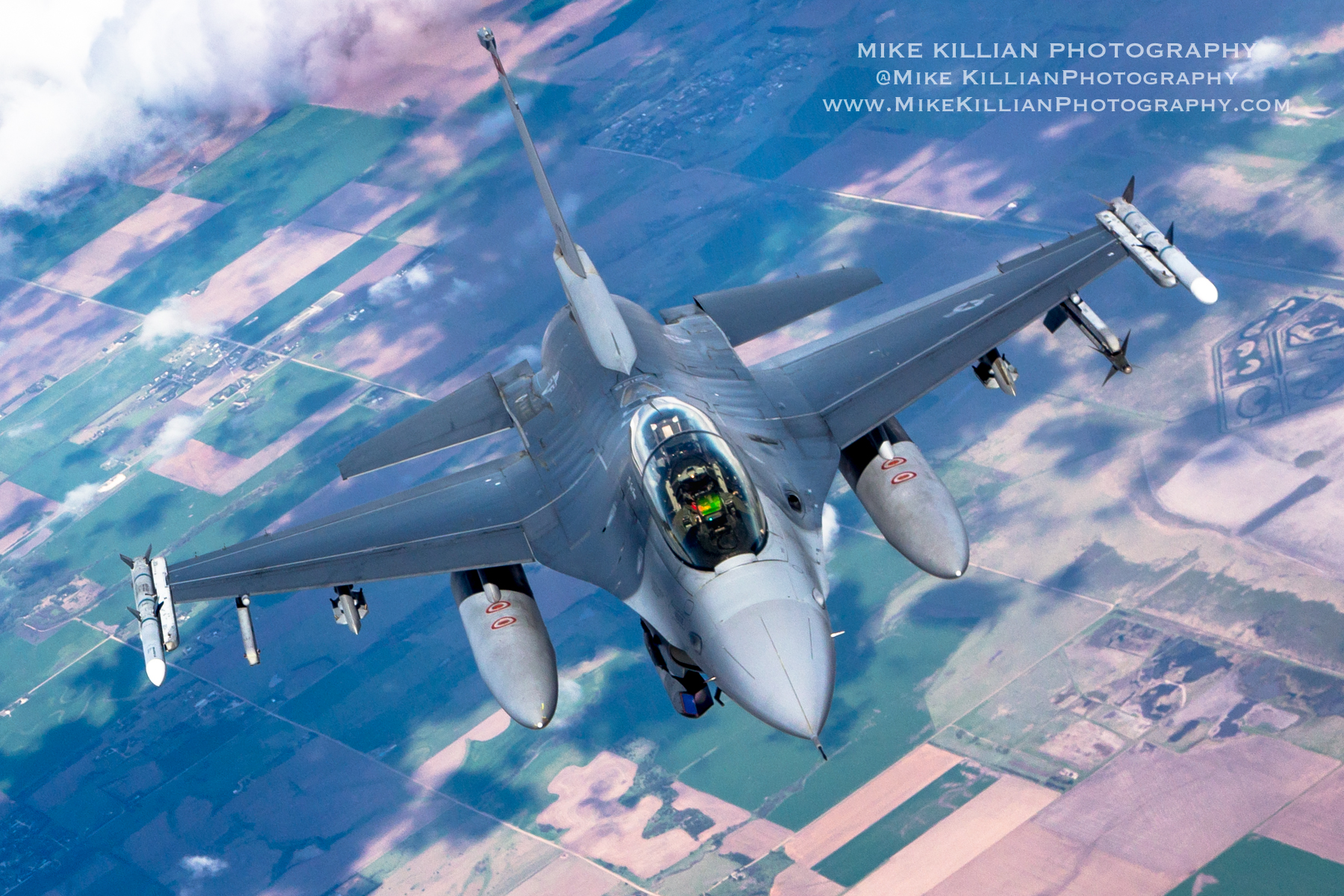 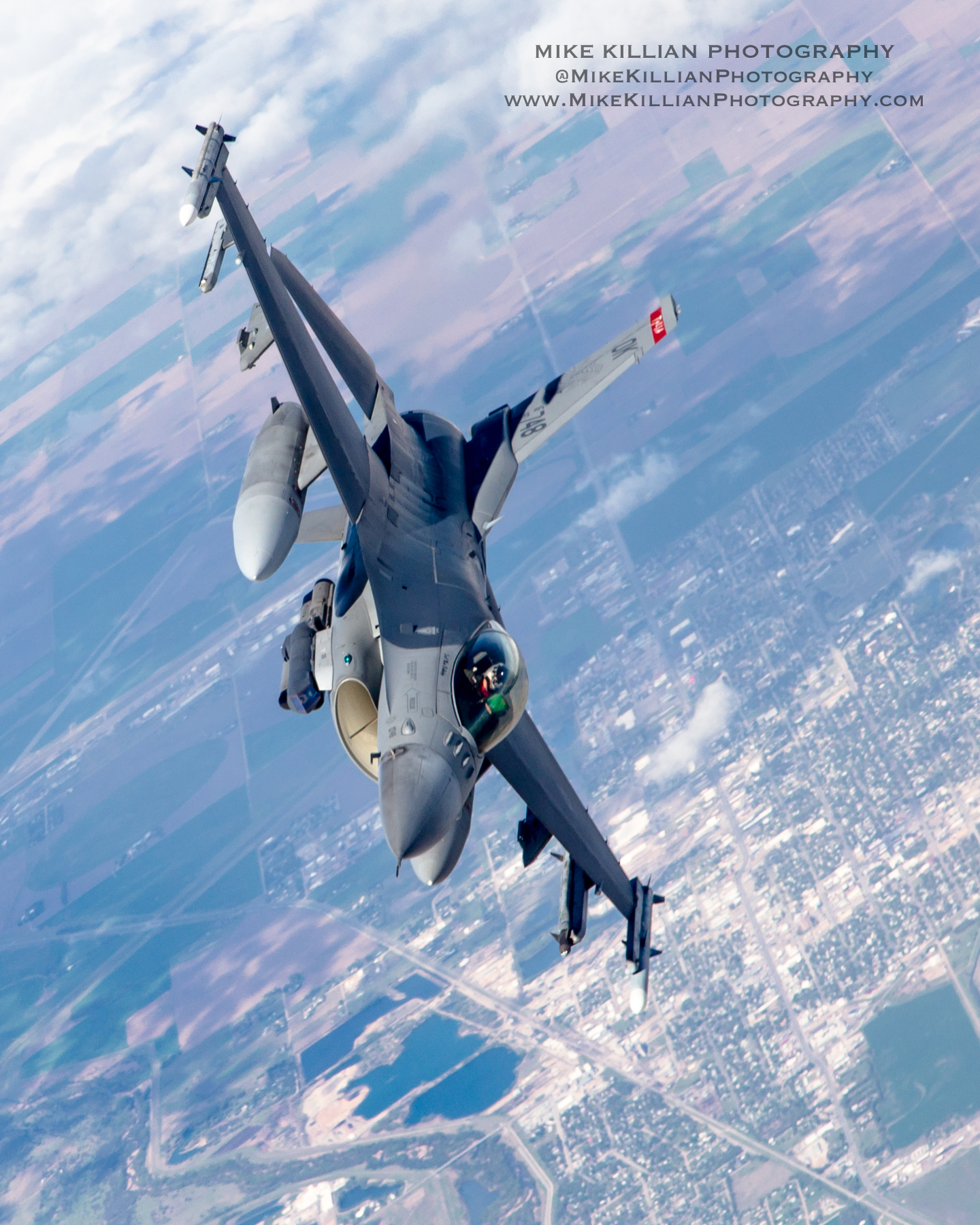 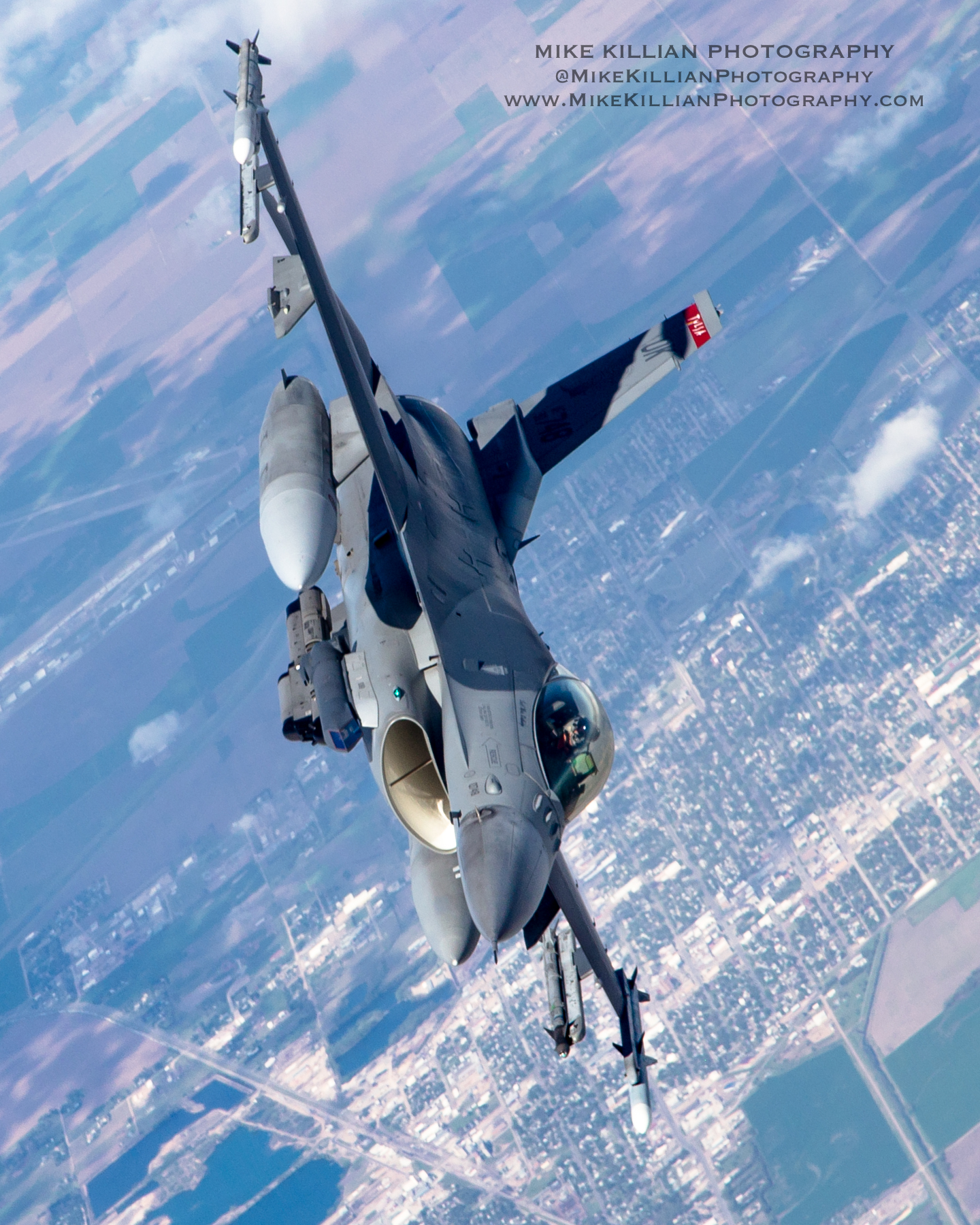 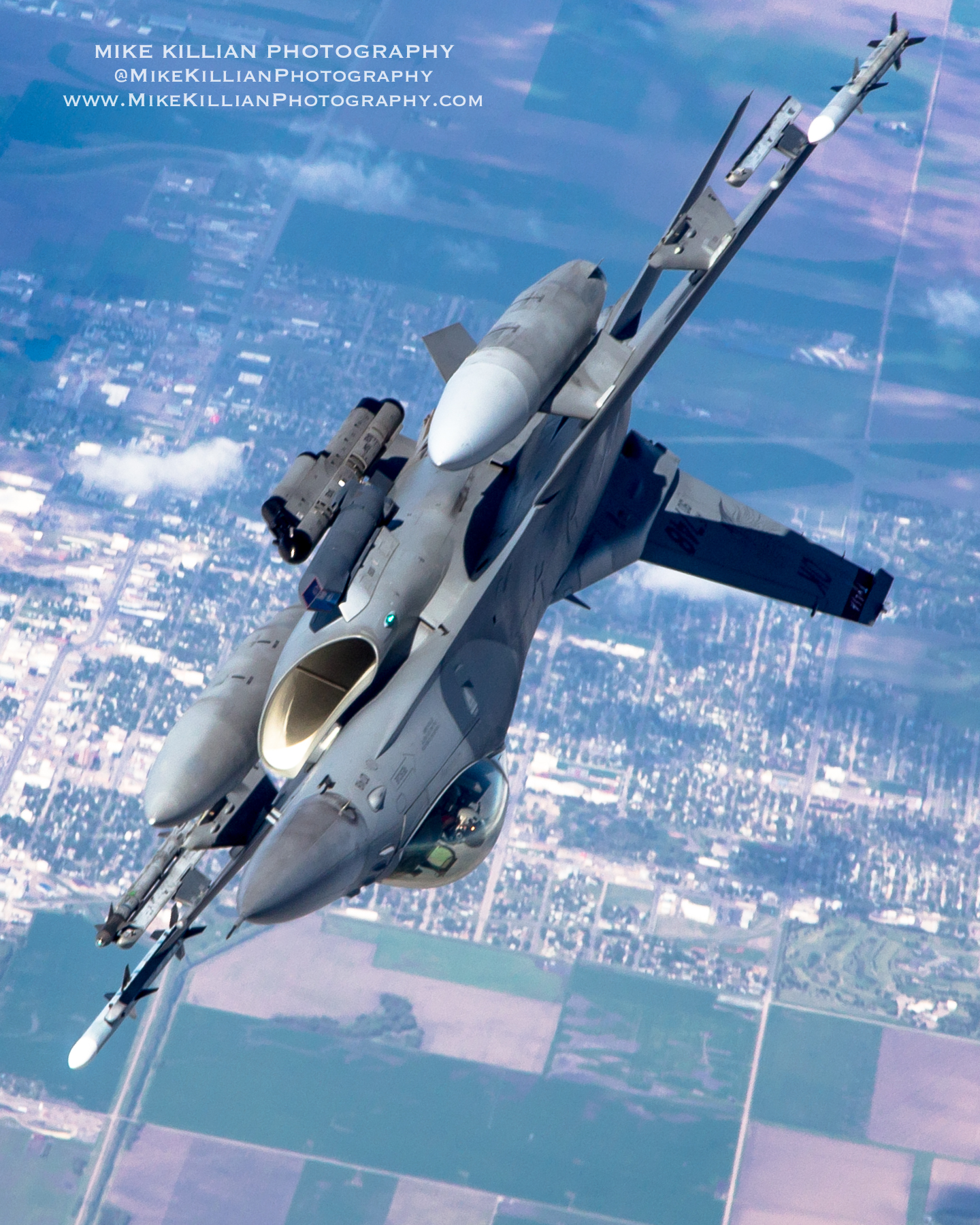 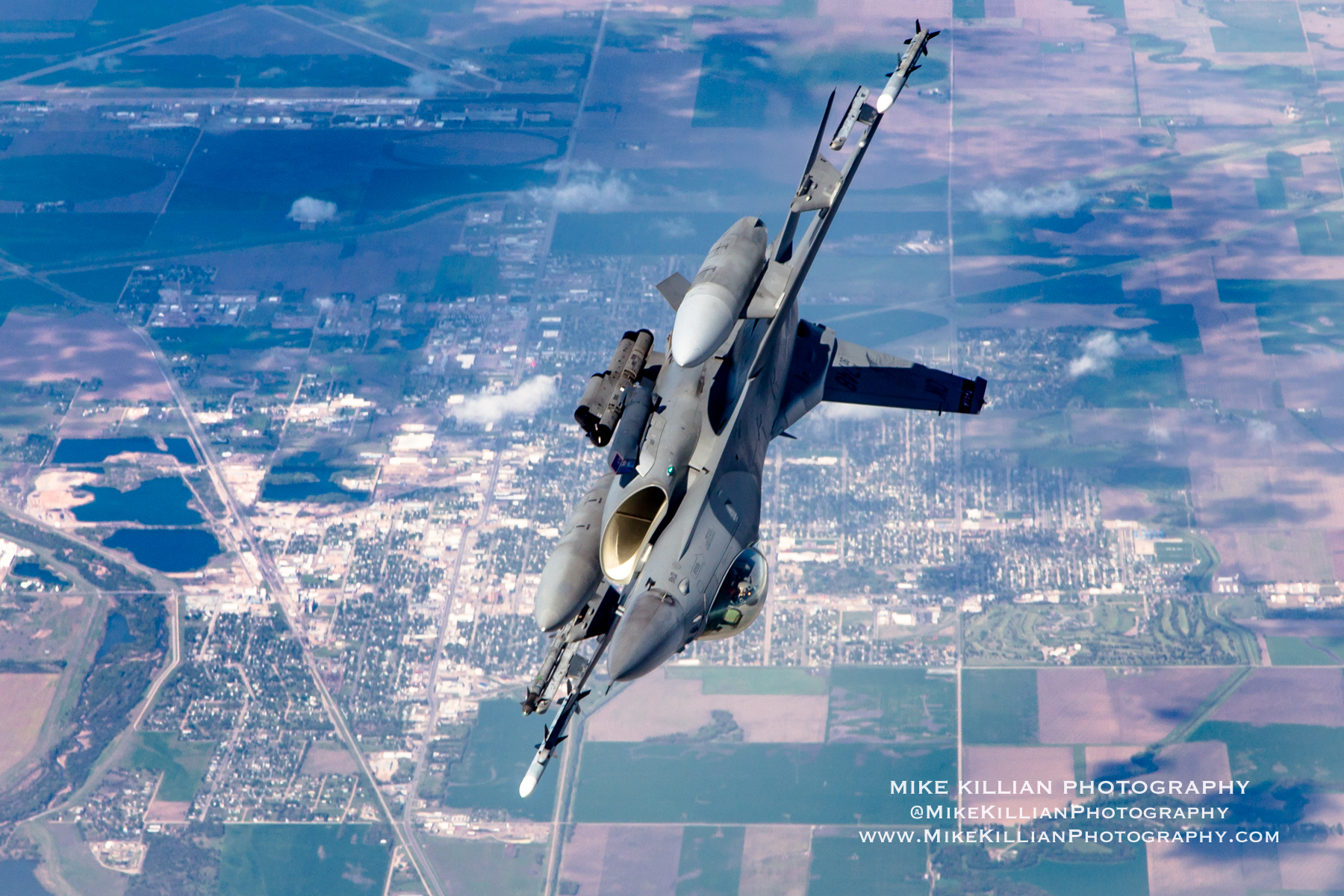 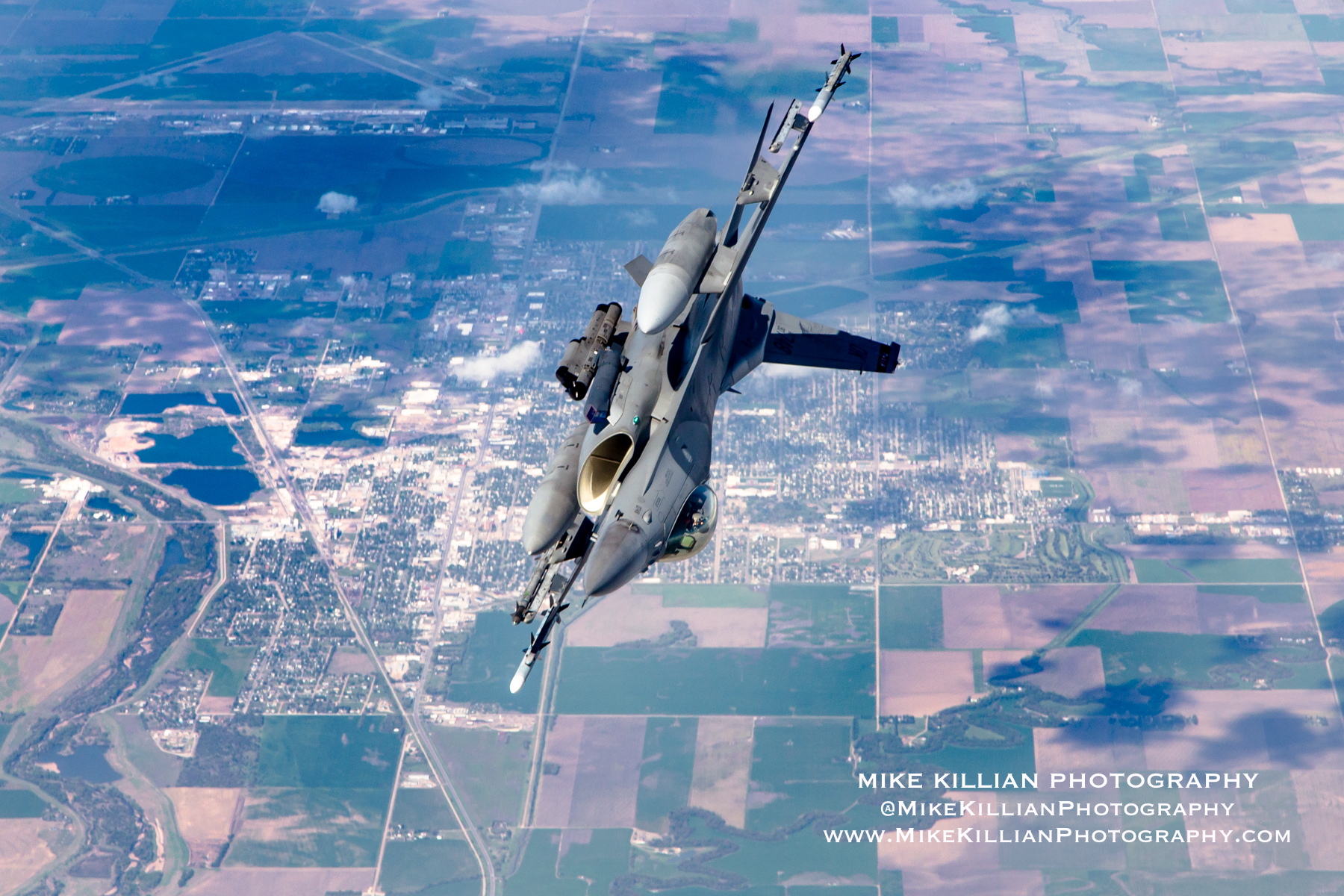 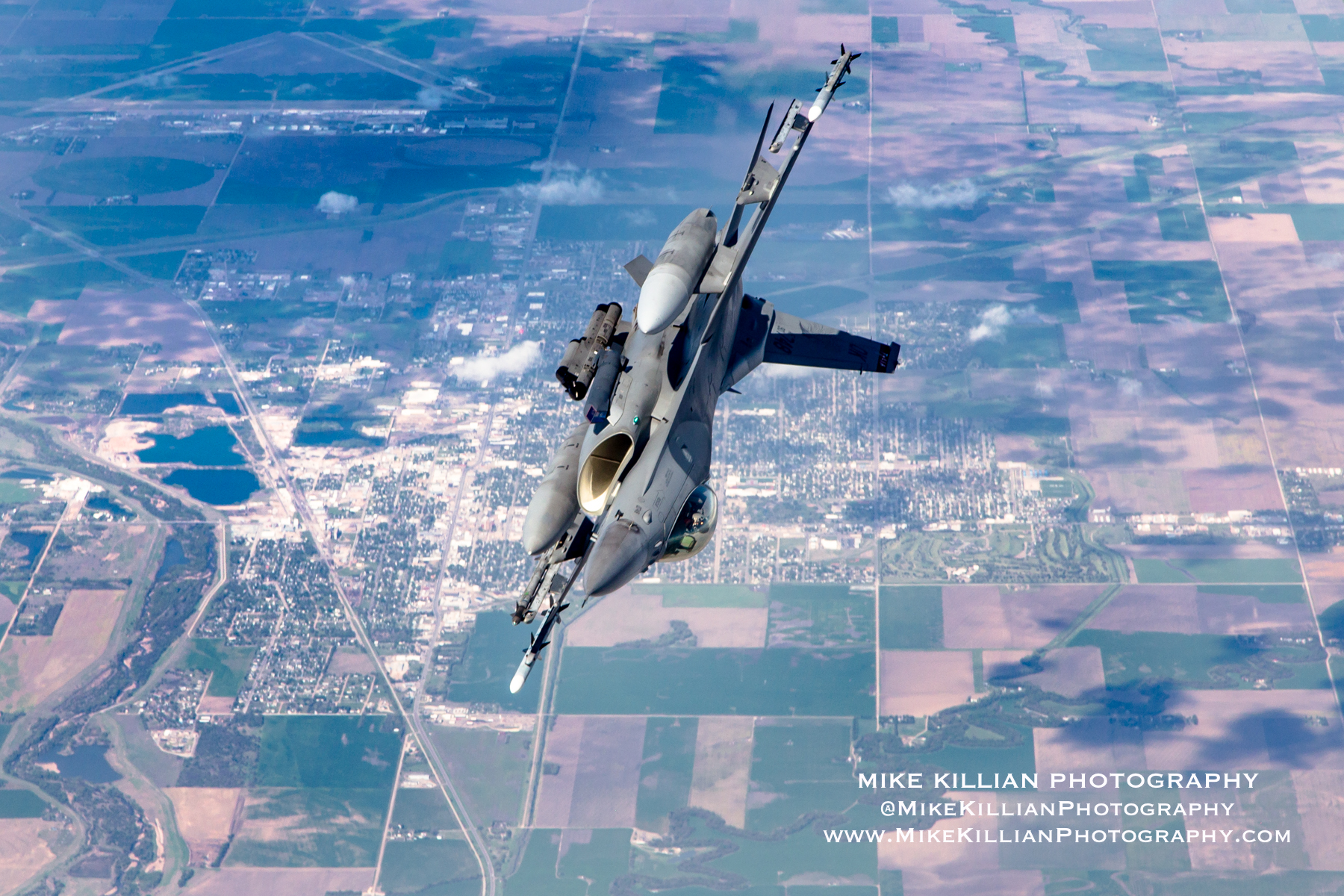 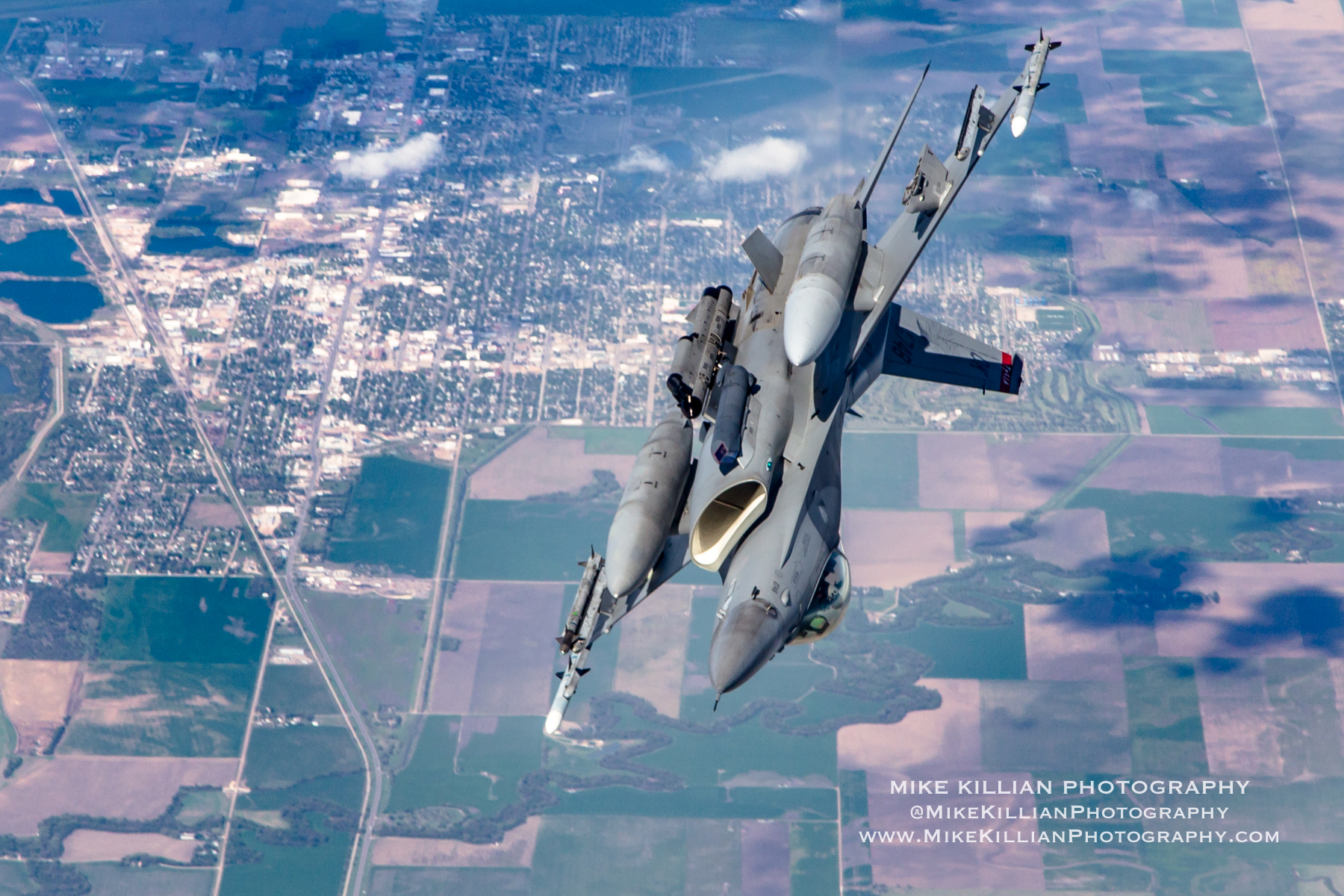 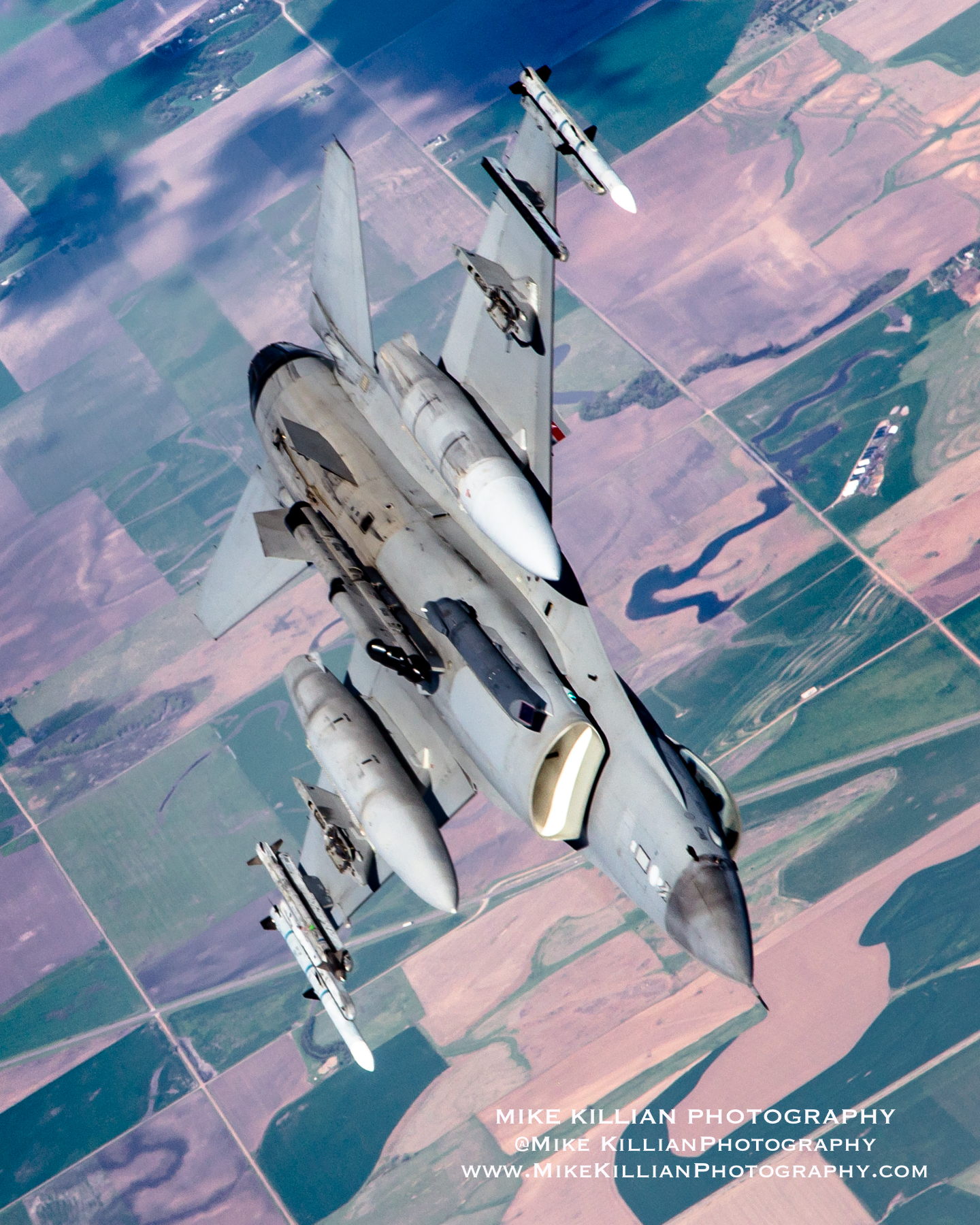 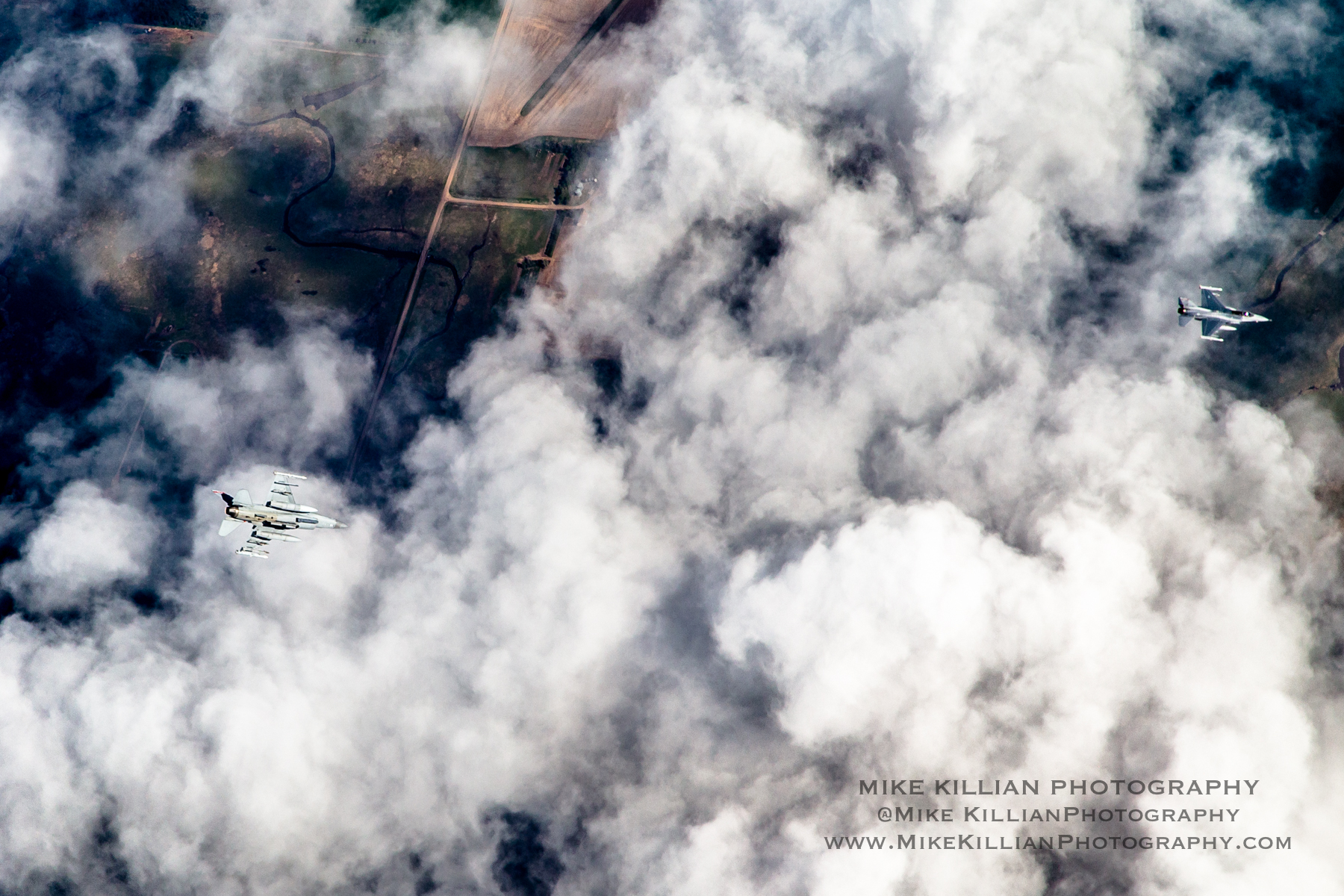 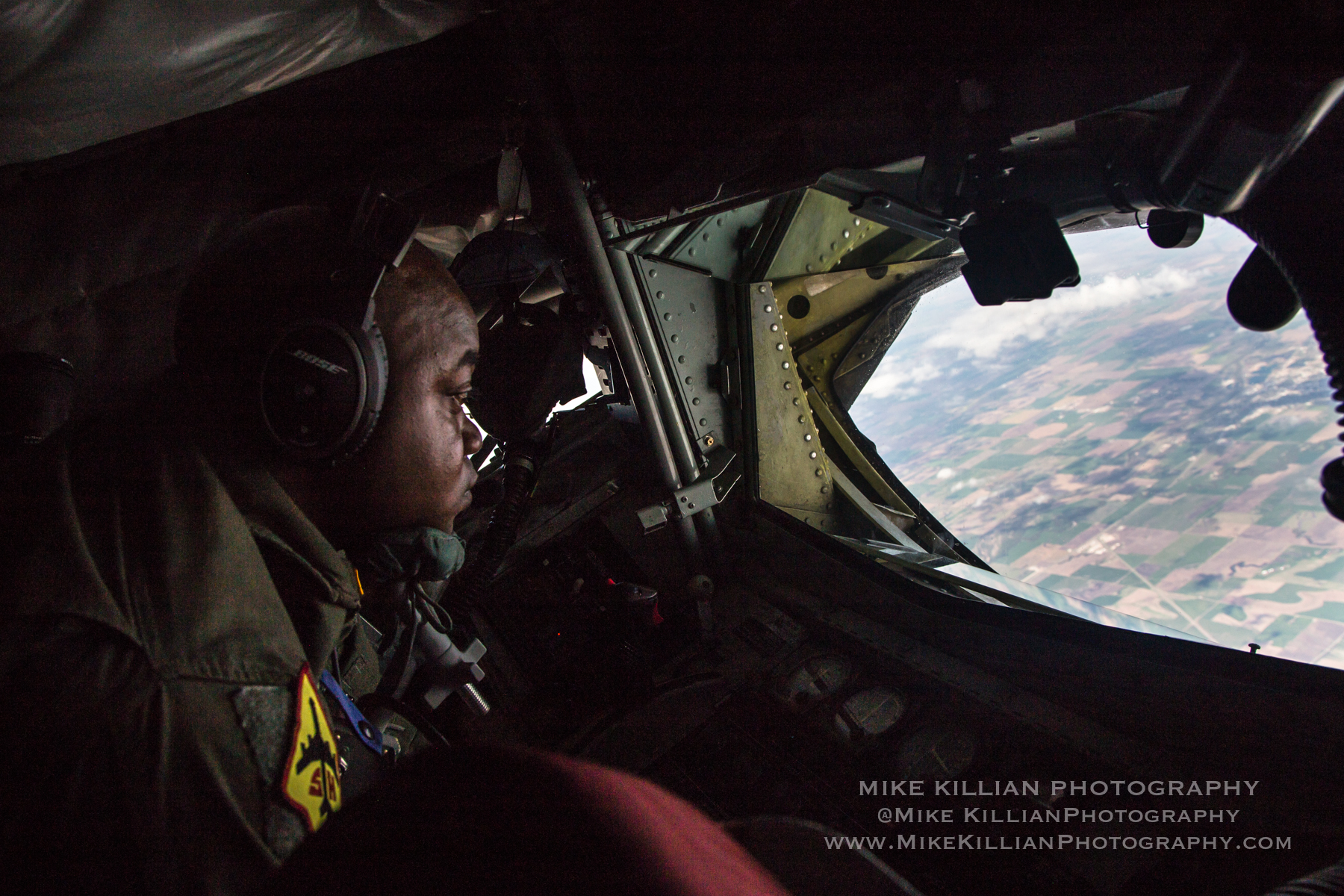 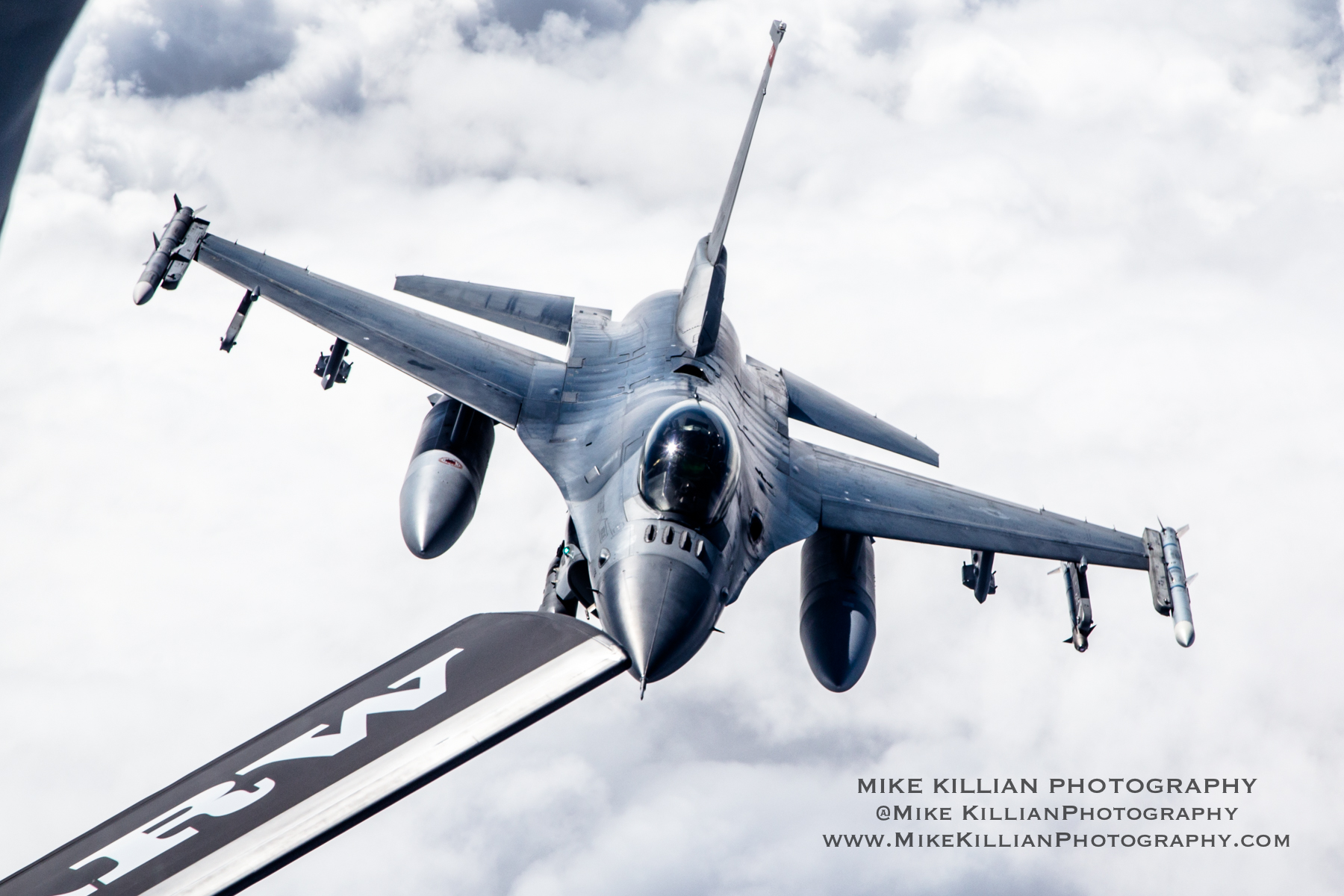 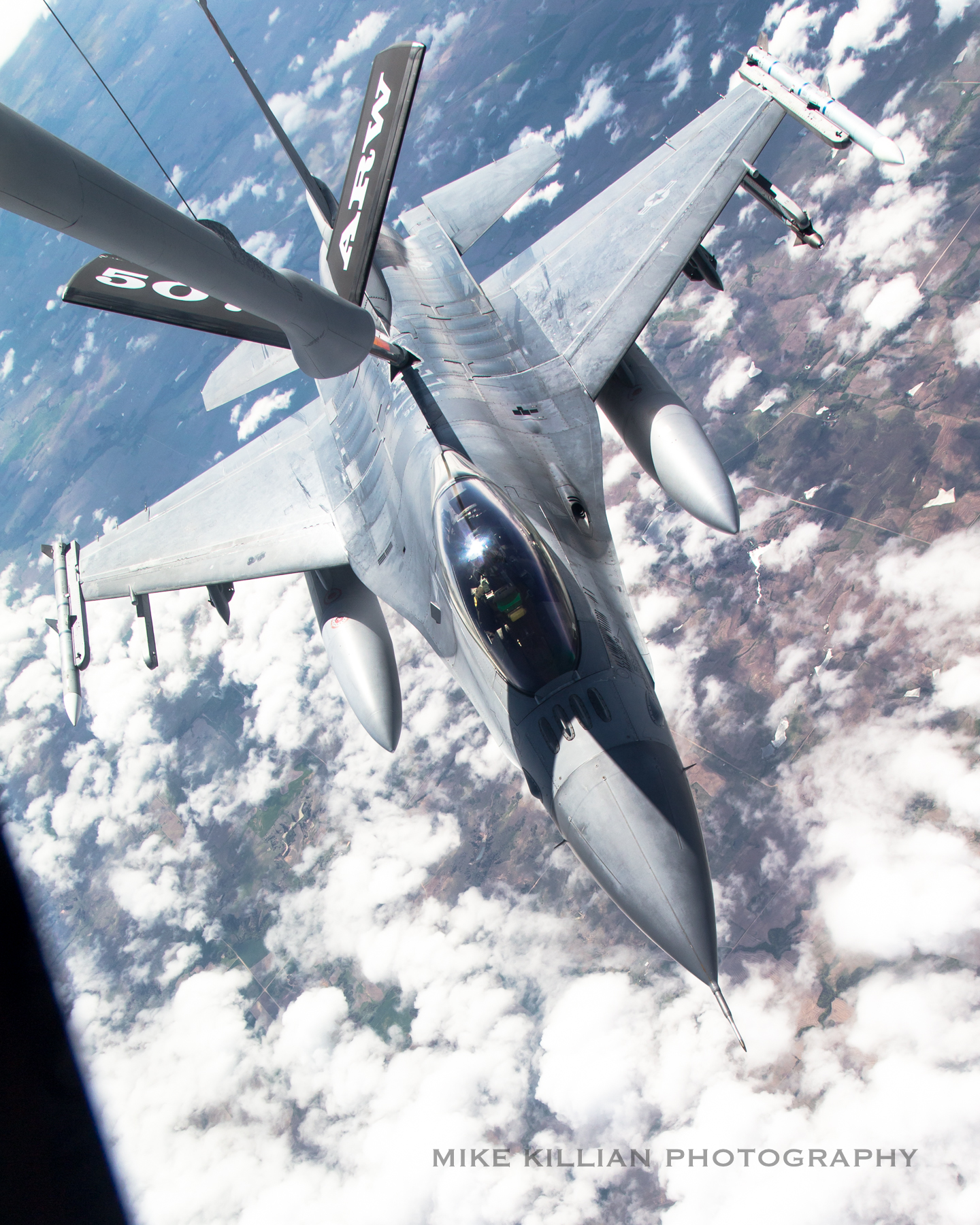 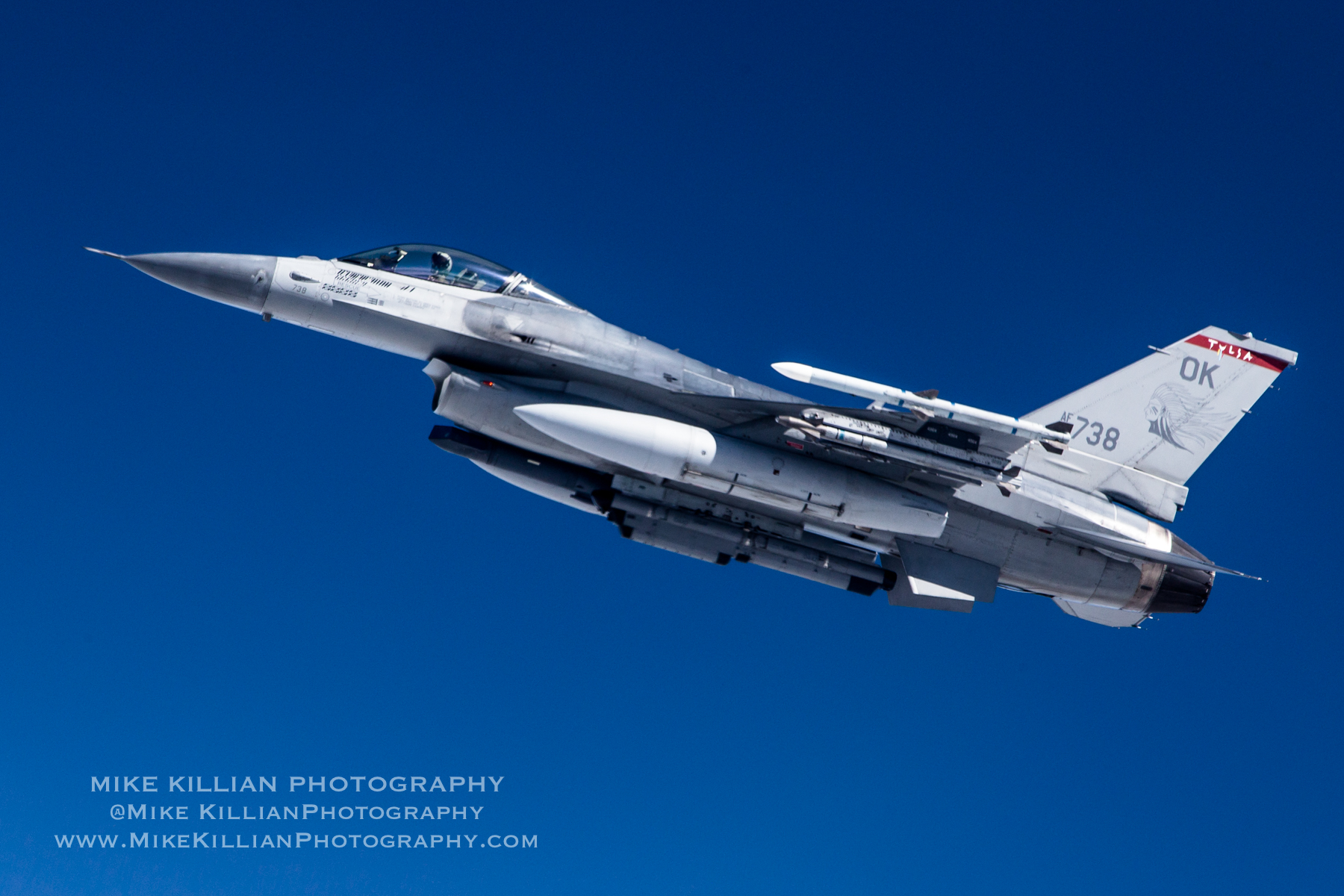 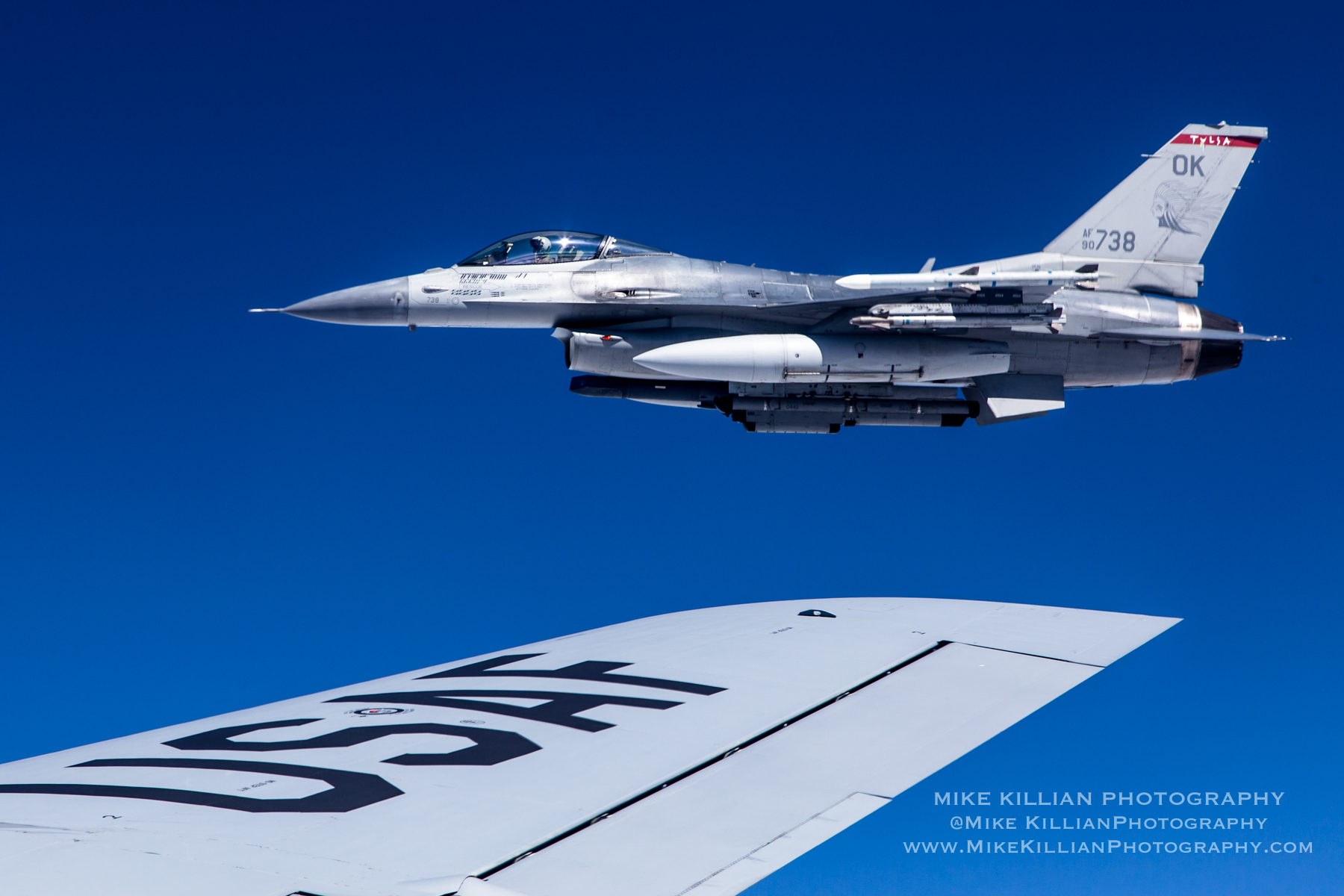 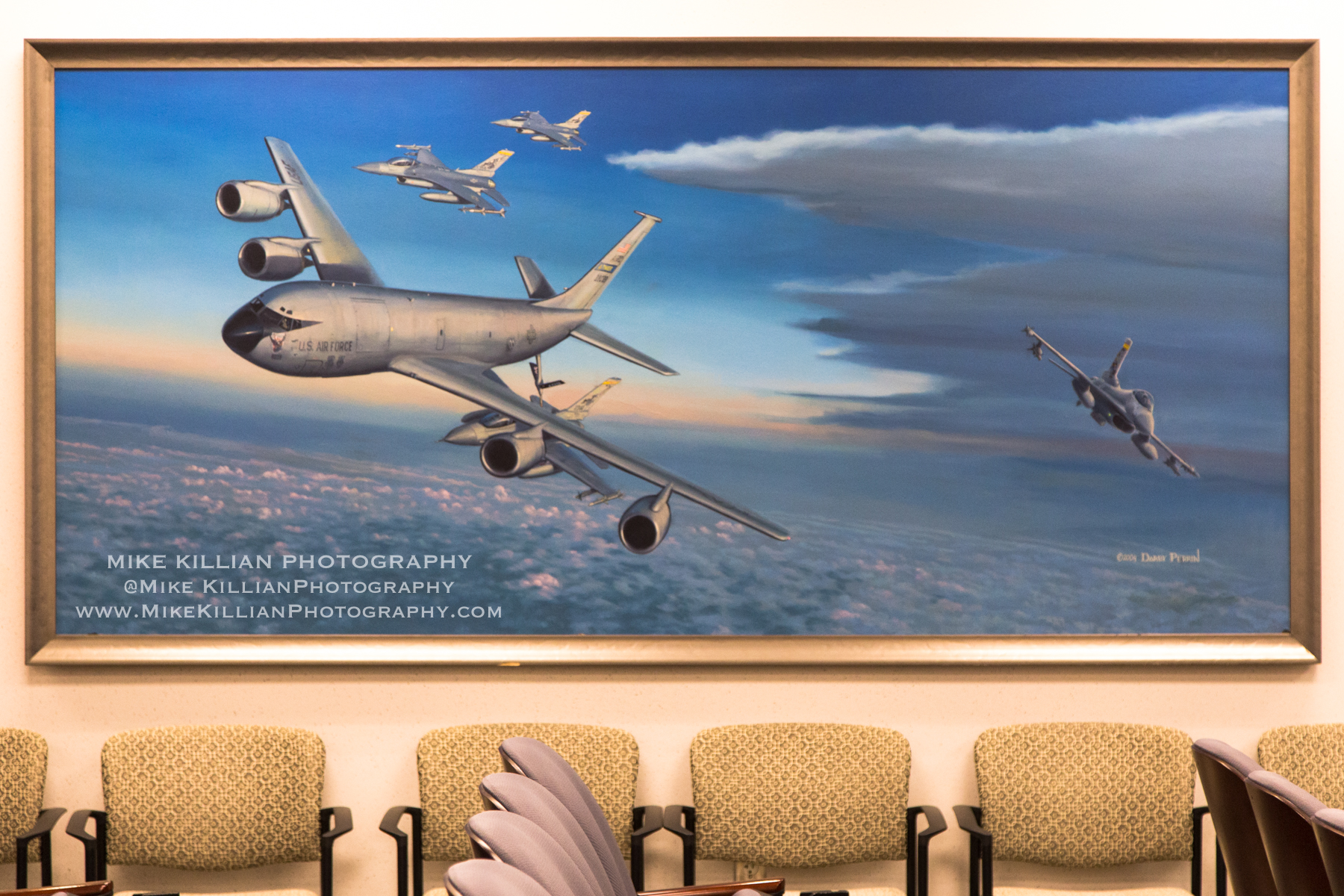 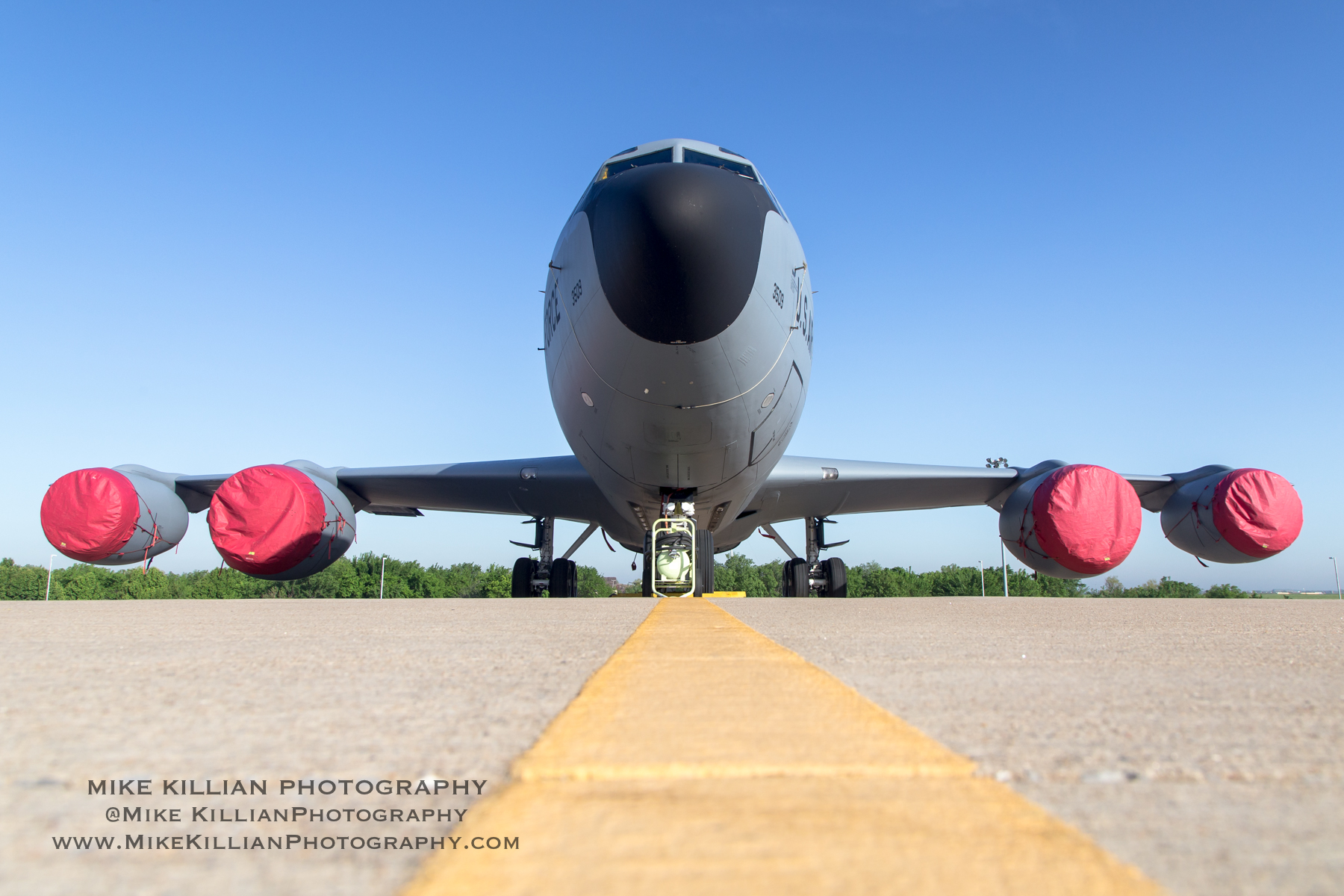 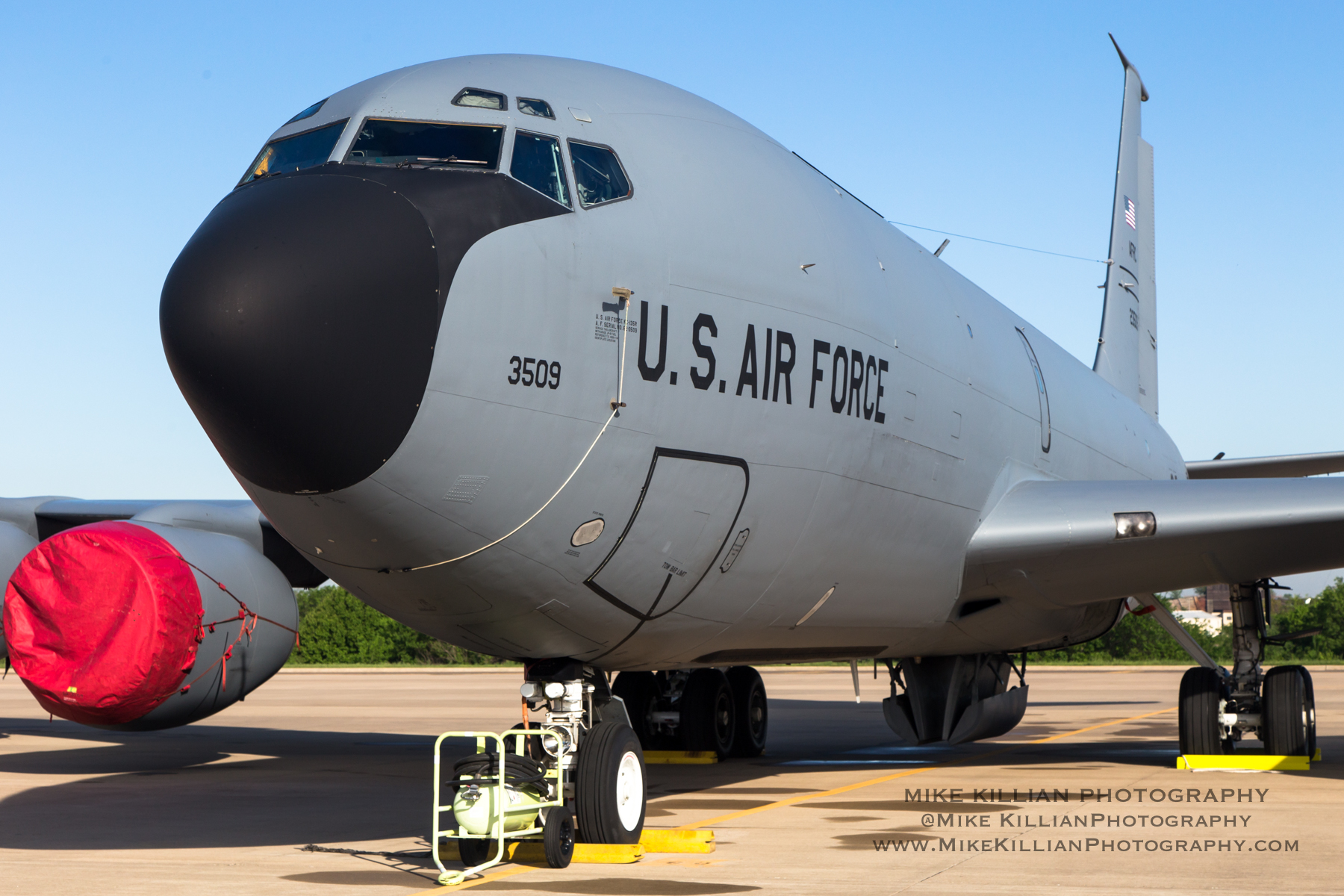 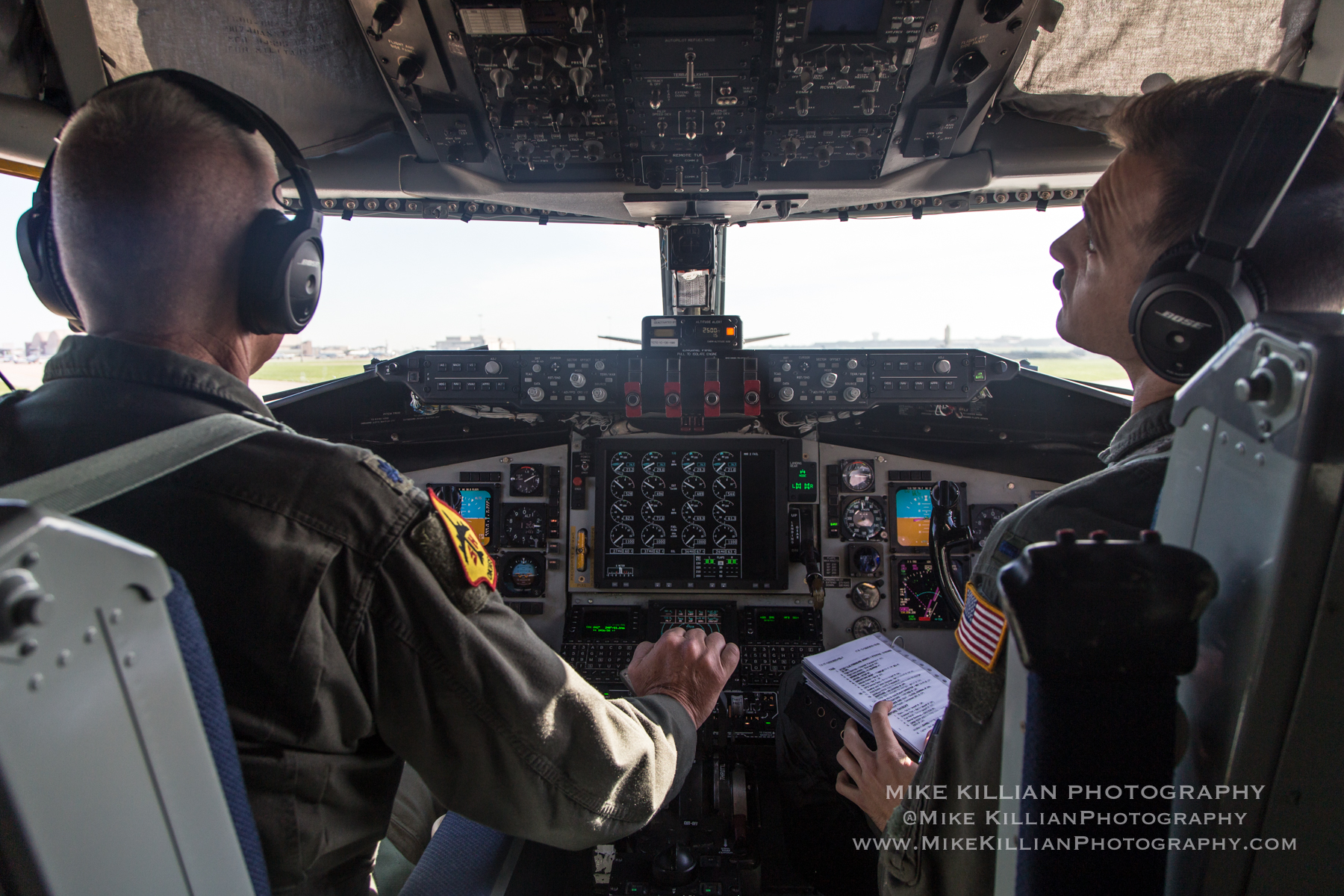 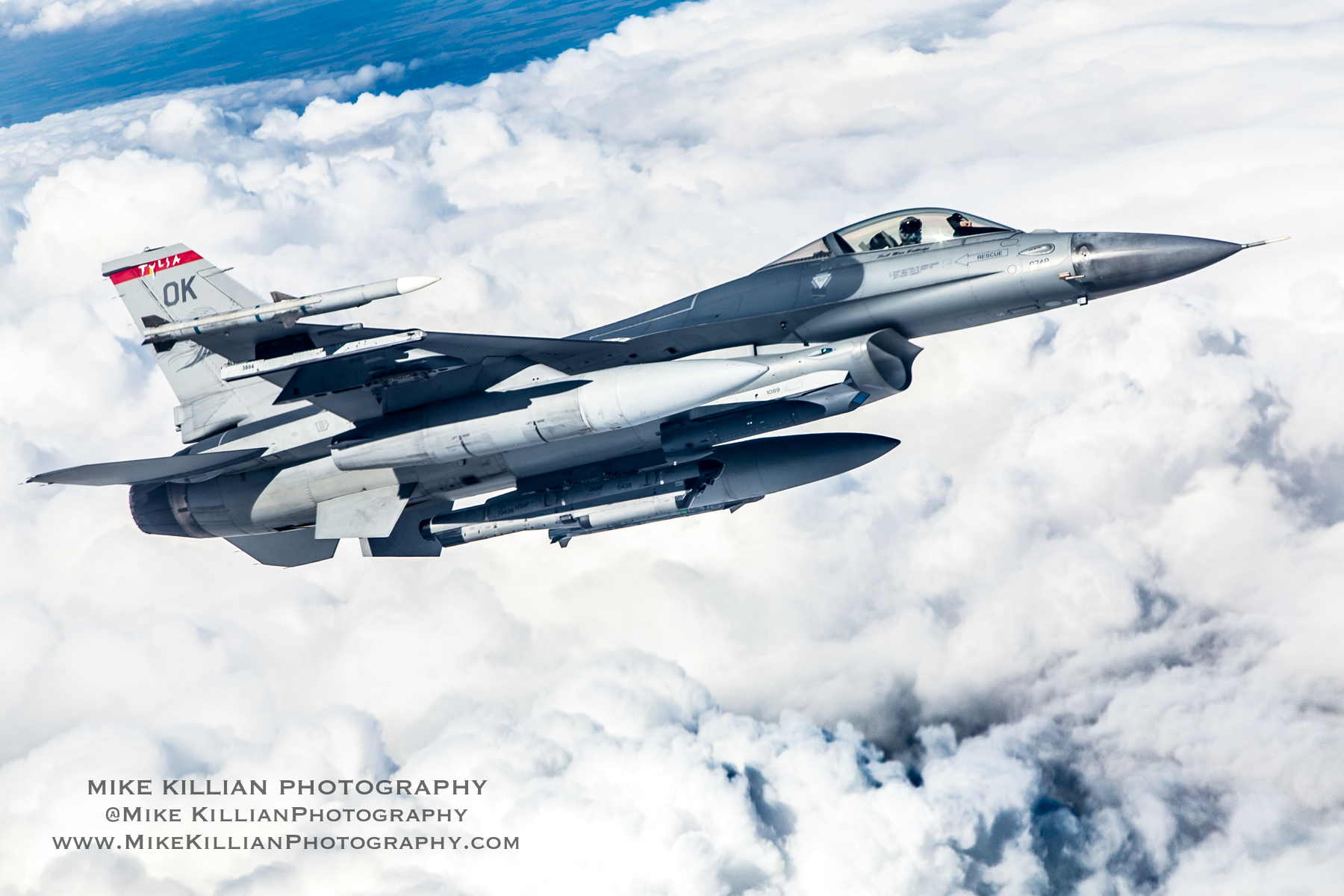 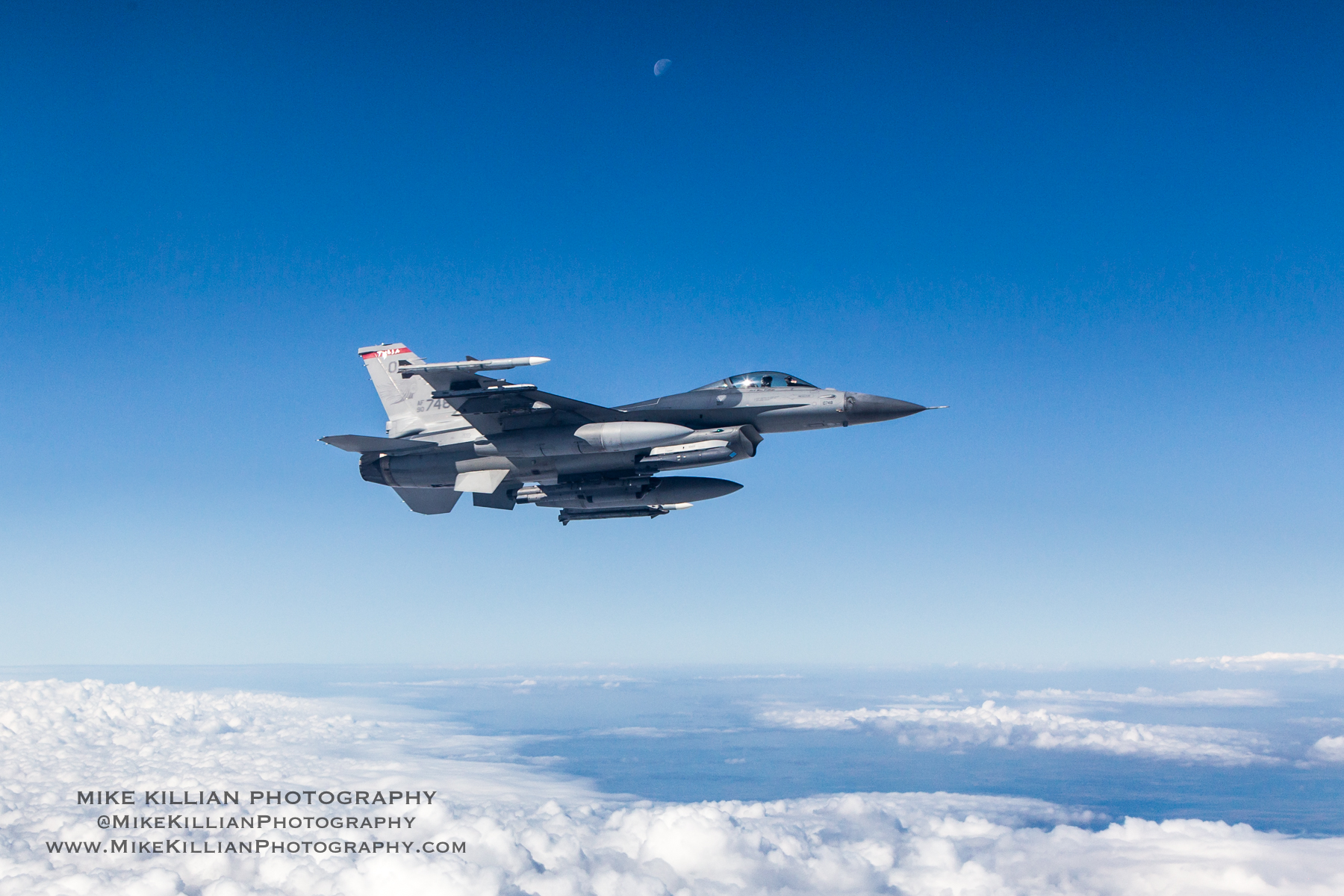 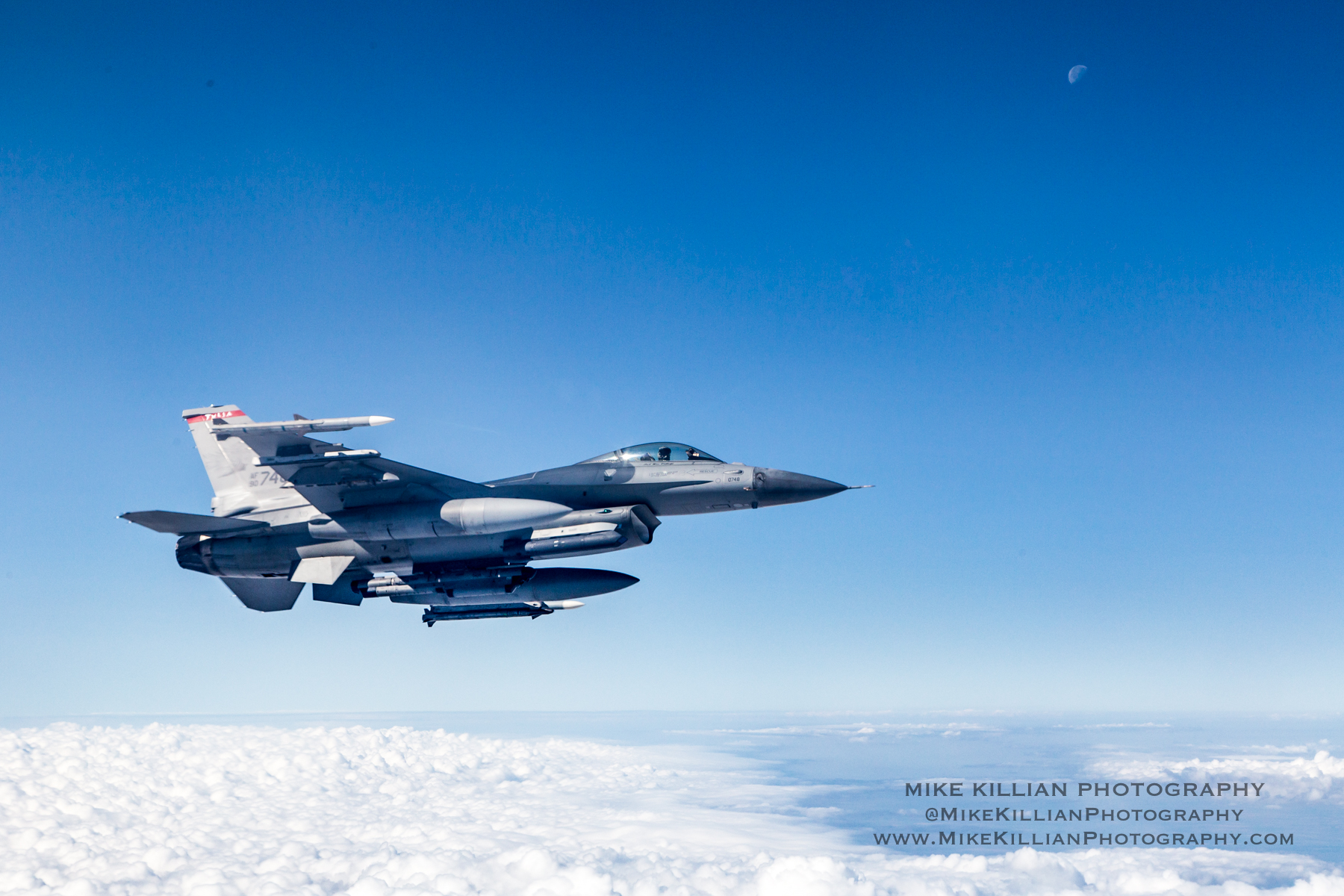 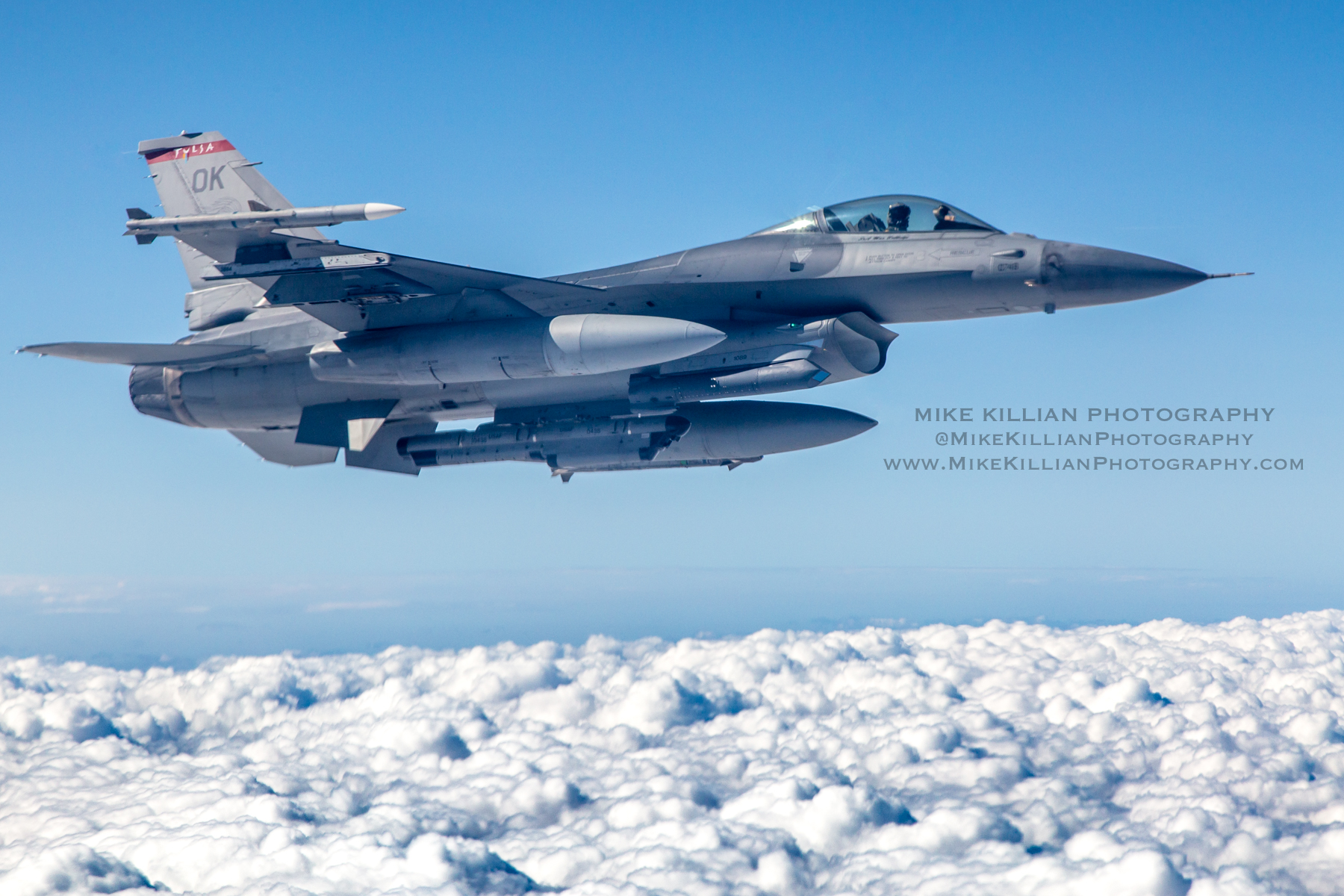 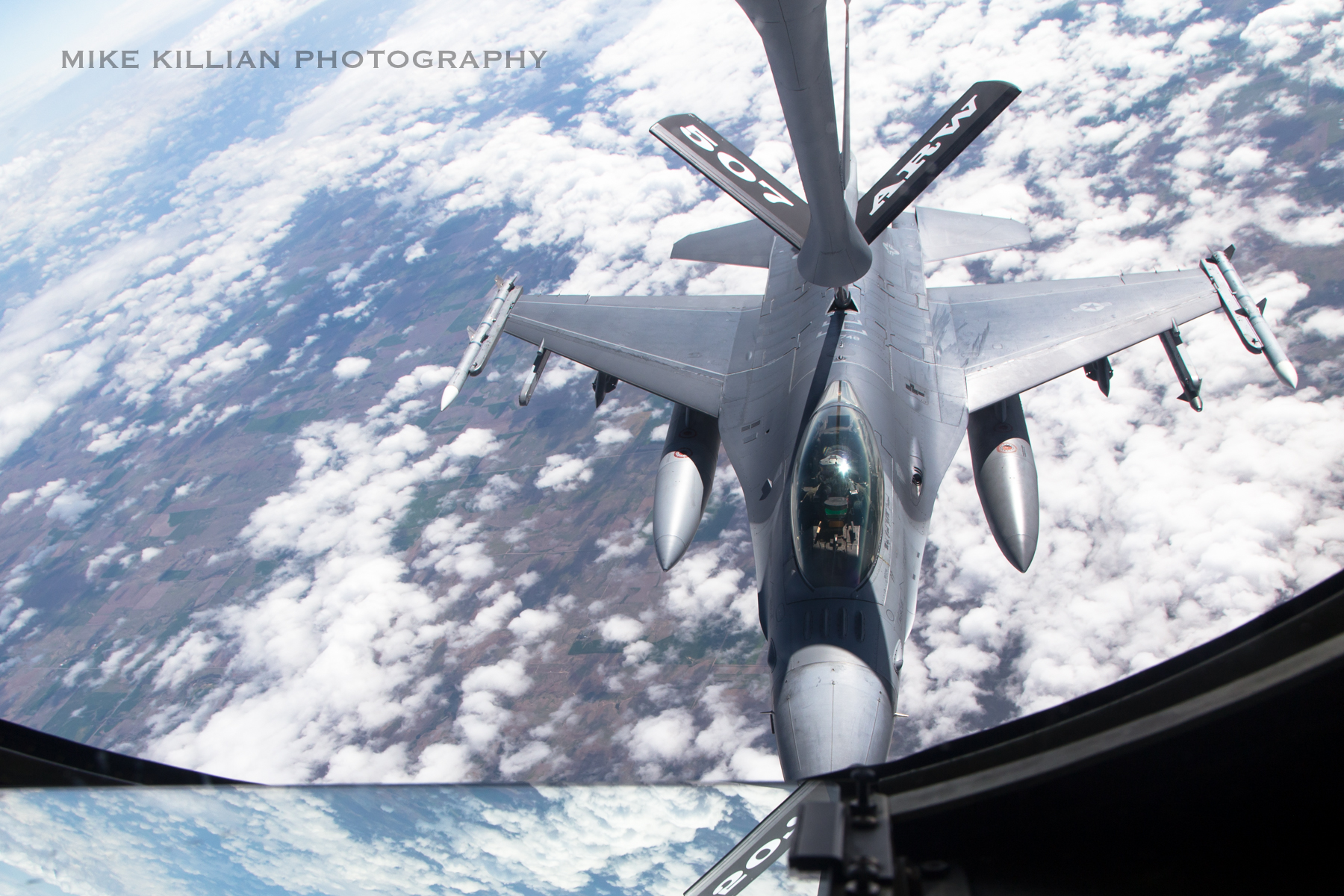 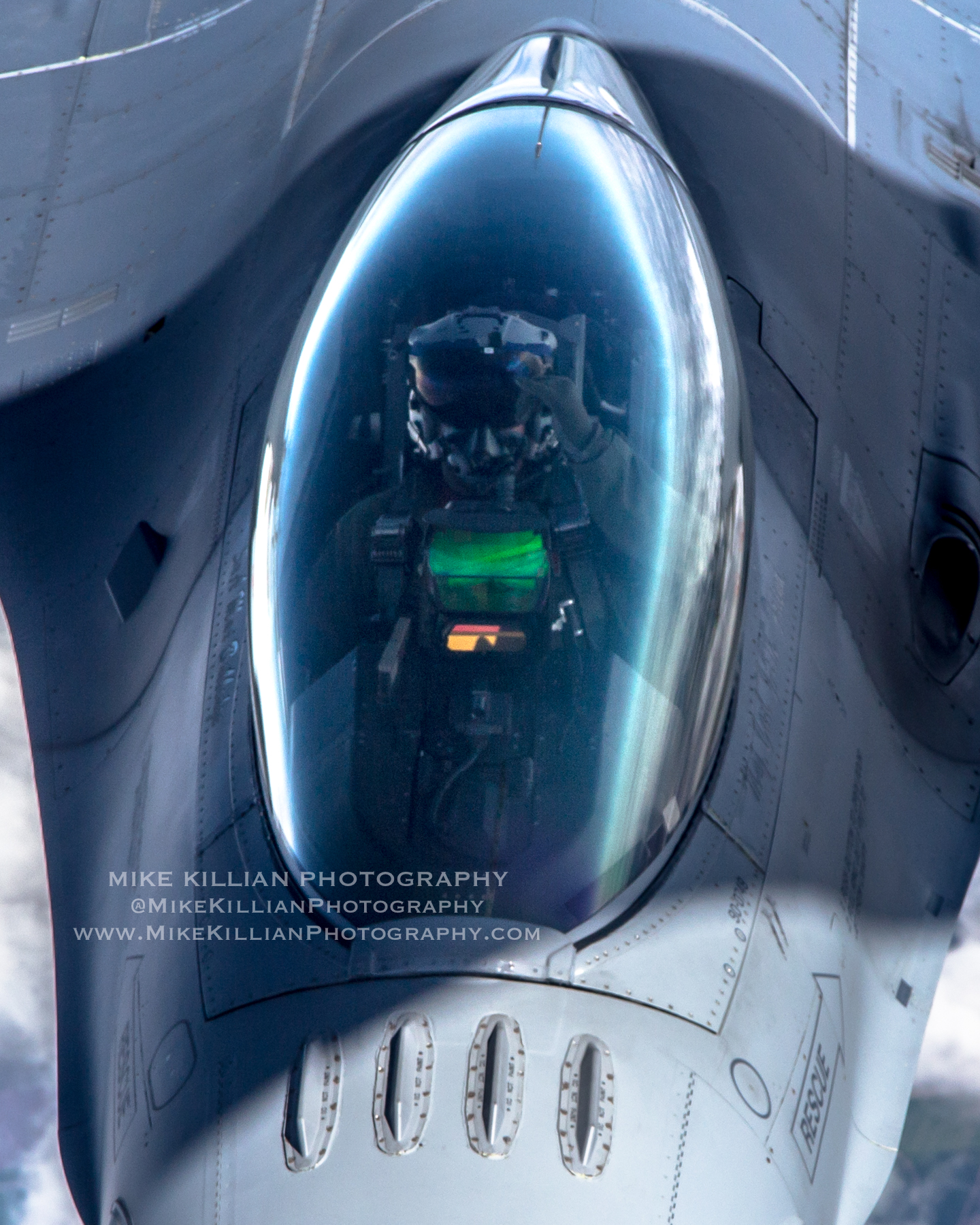 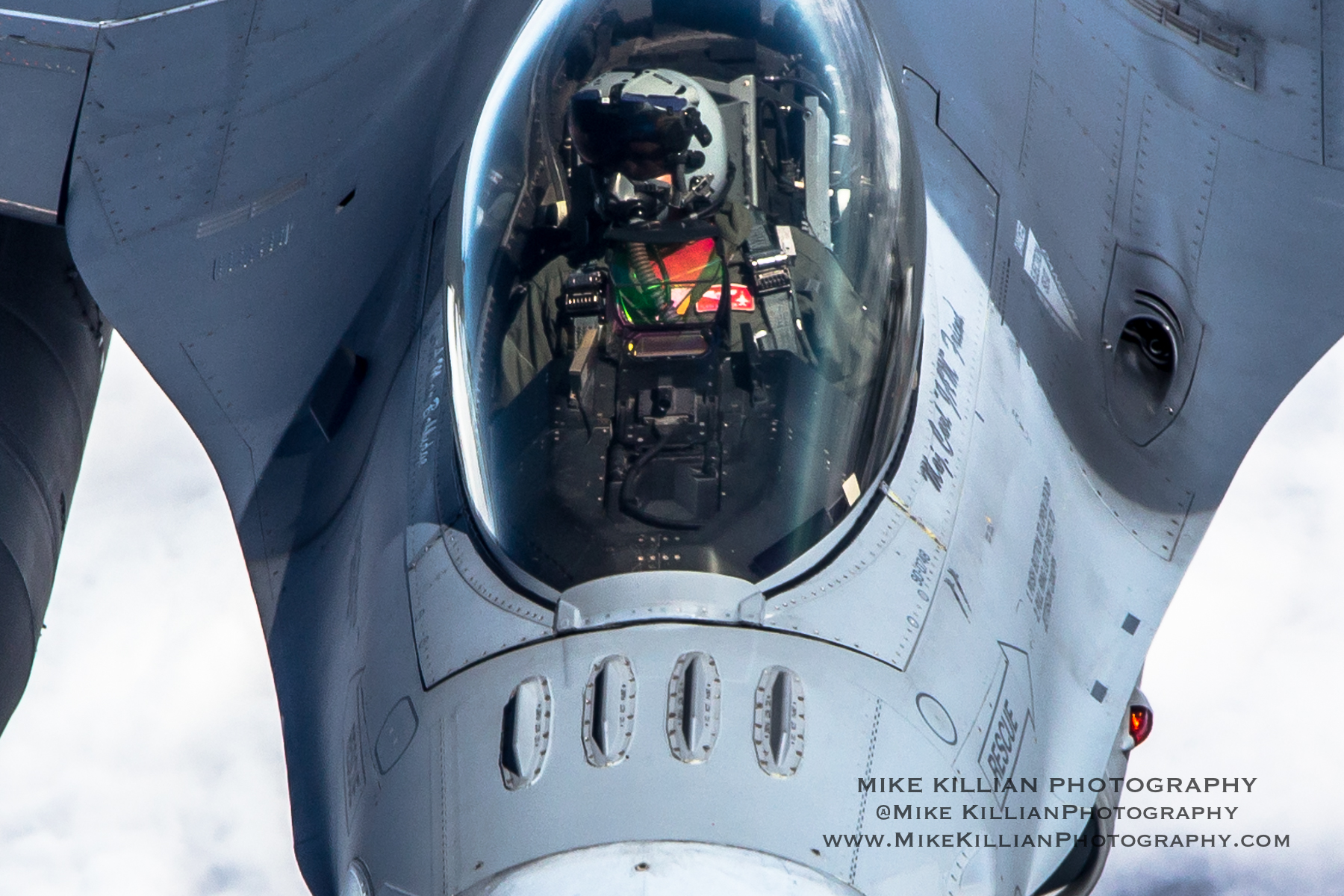