The residents of Valdosta Georgia probably haven’t noticed the change taking place in the neighboring Moody Air Force Base, home of the 23rd Wing. Among the A-10s and the C130s, along with the transient traffic that passes through, a significant change of guard is occurring down the road.

The base’s former Pavehawk Squadron, the 41st RQS, is in the advanced stages of transition to the HH-60W “Whiskey” – also known as “Jolly Green II”. Its predecessor, the HH-60G “Pavehawk” had flown in the Squadron’s colors for the last time in September 2021. Since last September – the “Whiskey” has been ramping up flight hours. Externally the differences between the 2 Sikorsky versions are very subtle, and therefore might be lost upon the 41st’s neighbors. According to 41st RQS Director of Operations, Lt Col Thad “Léche” Ronnau looks can be deceptive.

The HH-60W is a “clean sheet design” so while its airframe is based on the iconic UH-60 Blackhawk, and the new helicopter itself looking very similar to its predecessor, the new version is exactly that – a new version from its design stage. The “Pavehawk” had a lot of systems added or modified over the years. The “Jolly Green II” in a nutshell, took all those capabilities and integrated them into the helicopter from the design stage, something which improved the Jolly Green II’s capabilities significantly in comparison to the Pavehawk. Additionally, new systems were added to the “Whisky”, such as “Link 16” which allows for much better awareness on the battlefield.

The 41st RQS specialty is providing the USAF and the US DoD with Combat Rescue capabilities, as such they are called upon frequently to provide their services to those in need, whether on the battlefield or during a humanitarian crisis.

The 41st has a long and storied Rescue history in the US Air Force. For almost 70 years they are in the rescue business, dating all the way back to the inception of helicopters into the US Military. The Squadron flew the HH-3 “Jolly Green Giant” during the Vietnam War. Today it’s brand new helicopter is named after the Squadron’s ancestral mount – Jolly Green II.

The 41st, also known as “Jolly”, are the core of the 347th Rescue Group based out of Moody Afb GA. The rescue business is always a team effort, and as such, the transition to a new helicopter is something all elements of the force are adapting to. Alongside the 41st RQS are the 71st RQS which fly the “Combat King” HC-130J. The 71st provide the Jolly Green IIs with Aerial refueling when needed, to extend their range on long range missions. Inside the HH-60, fly members of the 38th RQS, the 38th RQS are Pararescuemen, affectionately known as “PJs”. Their job is to provide “boots on the ground” assistance, medical aid and prepare those in need for evacuation.

Speaking with Capt Rachel Incorvaia, it is easy to understand just how much the Men and Women of the Wing feel regarding the importance and satisfaction they get from their job.

Capt. Incorvaia was slated for a different path as a USAF cadet, following a field trip to Ft Rucker AL., there she saw a helicopter demo set up for the benefit of the cadets, she asked to apply for Flight Training. For those that are familiar with processes in the USAF, a move such as Capt Incorvaia’s would seem impossible to accomplish, despite the incredulous reactions she received along the transition path, Capt Incorvaia ultimately found herself in Initial Flight Training (IFT).

From IFT she moved on to undergraduate pilot training (UPT) where she flew the T-6 Texan. This stage is also where Capt Incorvaia faced significant challenges, in her words “I struggled in pilot training, particularly in the T-6. It’s never smooth sailing for anyone, but it was a gut check for me. I didn’t have the best hands, so I worked hard and studied hard outside the cockpit to give myself the best chance possible. I didn’t decide on aviation until my sophomore year in college and had some negative experiences in the flying programs at the Academy, so I felt I started behind the curve. Making it through T-6s was huge for me, and as soon as I got to helicopters at Fort Rucker things smoothed out. Turns out flying airplanes was not for me.”

As with most if not all members of the 41st, Capt Incorvaia says that what spoke to her the most was the Squadron’s primary mission – saving lives, this sentiment was echoed by several other Squadron members over the course of my time at Moody.

All of the 347th Rescue Group’s elements complement each other, in one afternoon over the course of one single flight we were able to see all these elements come together and demonstrate the Group’s capabilities as a whole as well as the new “Jolly Green II” in particular.

Our crew along with 2 other “Jollys” headed to the range for target practice with their aircraft’s door guns. The Jolly can carry either the GAU 2 (7.62 cal.) Minigun or the GAU 21 .50 cal Machine gun. After shooting and maneuvering our 3 ship headed out to conduct midair refueling with a 71st RQS HC-130J “Combat King”. This capability is essential for “Jolly” crews since a rescue mission can sometimes take place hundreds if not thousands of miles from an initial staging point.

We followed refueling by flying to another range where 38th RQS PJs practiced a variety of capabilities utilizing the “Whisky, among them, hoisting personnel using the Jolly’s hoist, rappelling from the aircraft, “fast roping” a technique that allows for quick disembarking from the aircraft without the aircraft’s wheels ever touching the ground. All these techniques help sharpen the whole Rescue Group’s skills and they all need to work together to fulfill their mission tasking.

The 41st still has some time before it is declared operational, yet seeing all of these elements working together as one cohesive unit, it seems the Men and Women of the 41st seem like they are ready to tackle any tasking, operational or otherwise thrown in their direction. 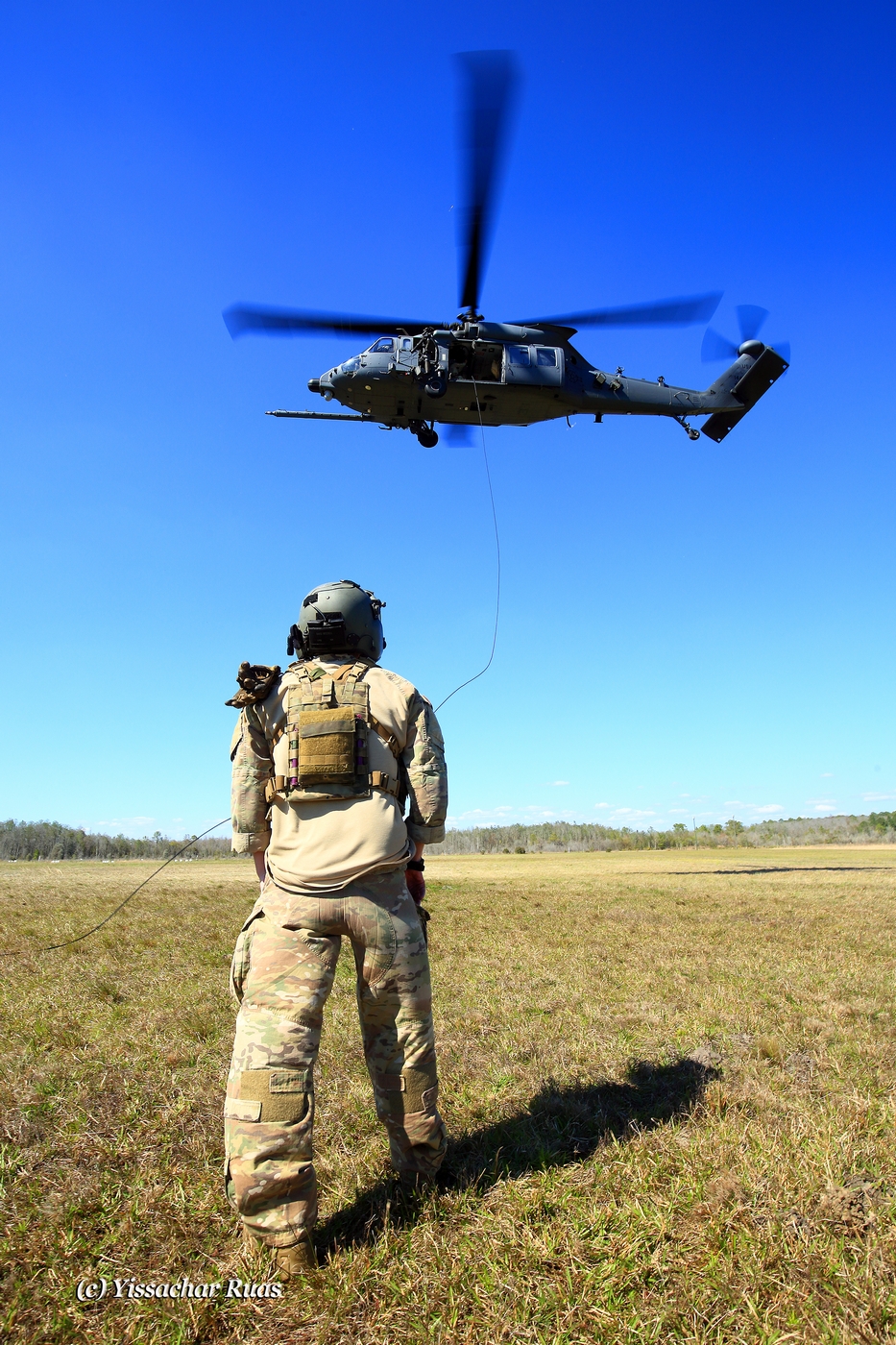 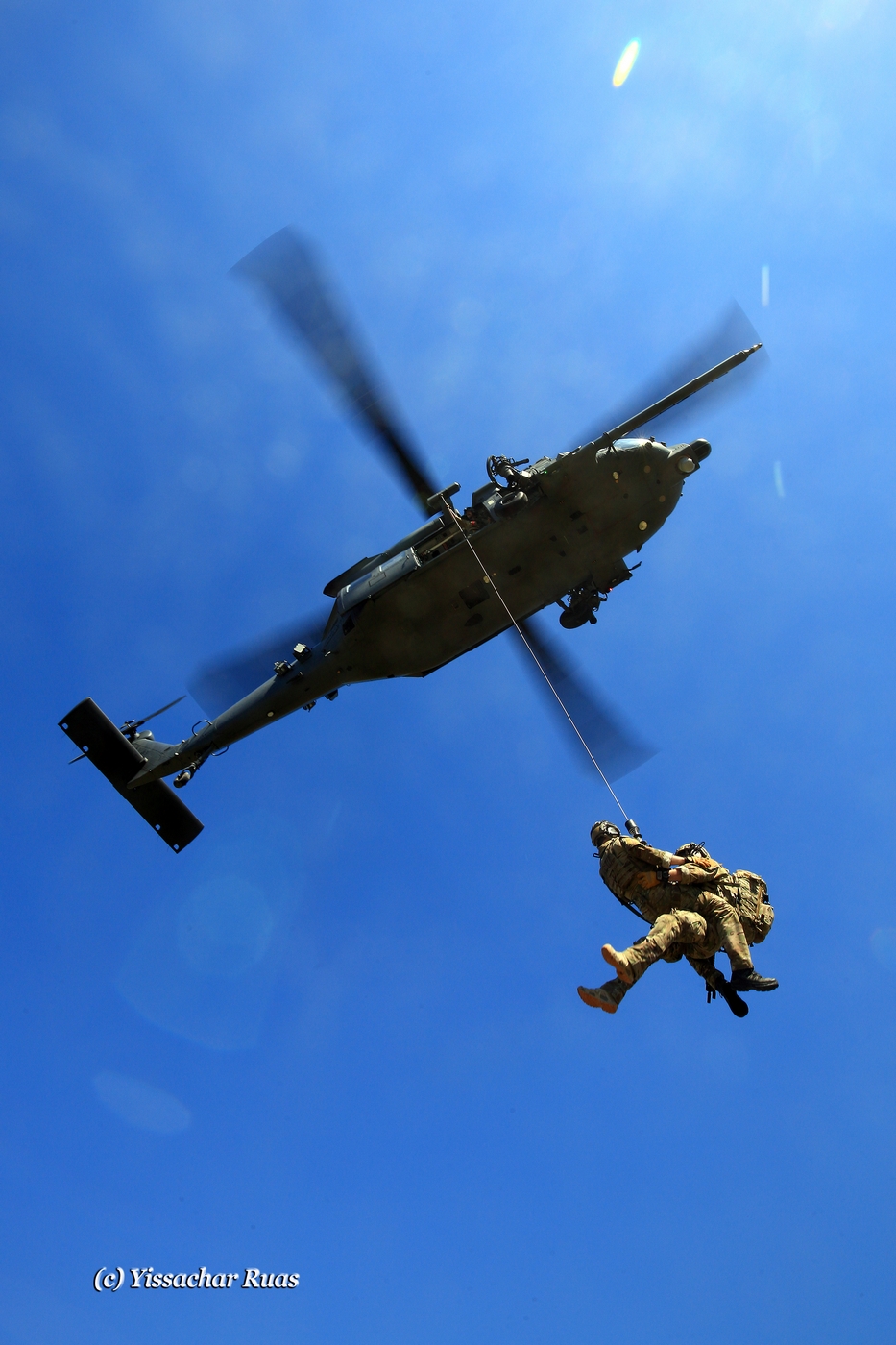 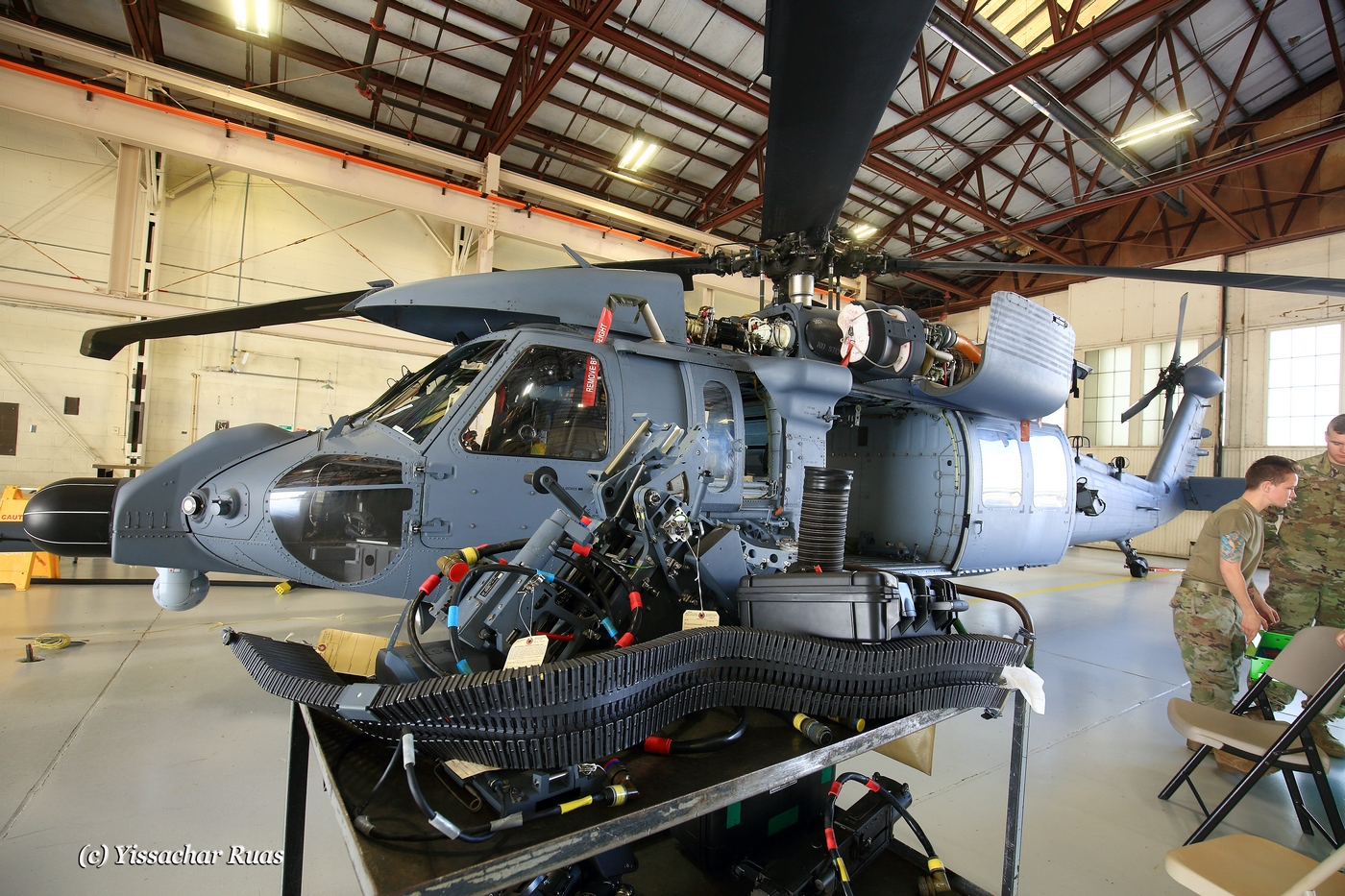 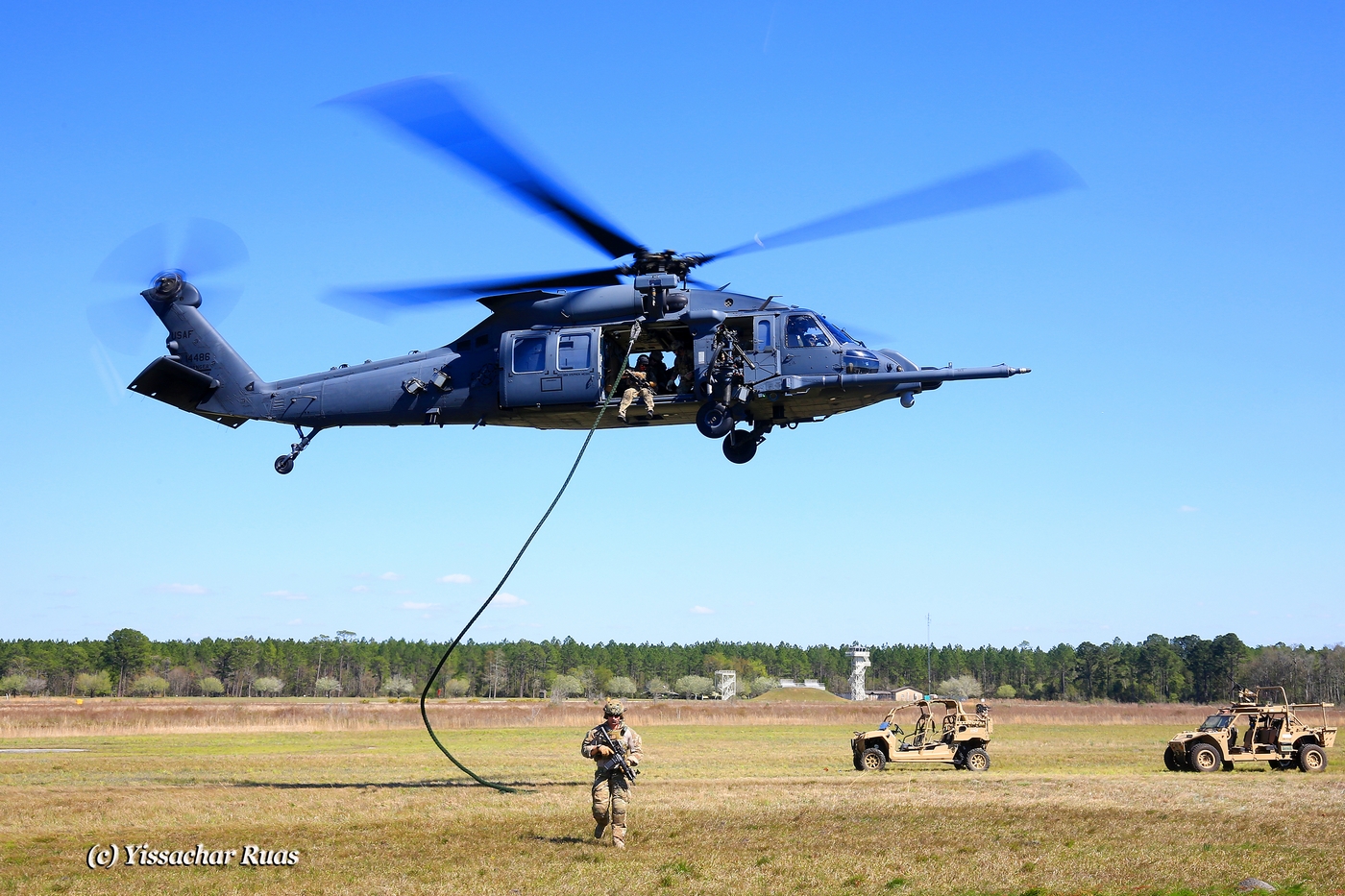 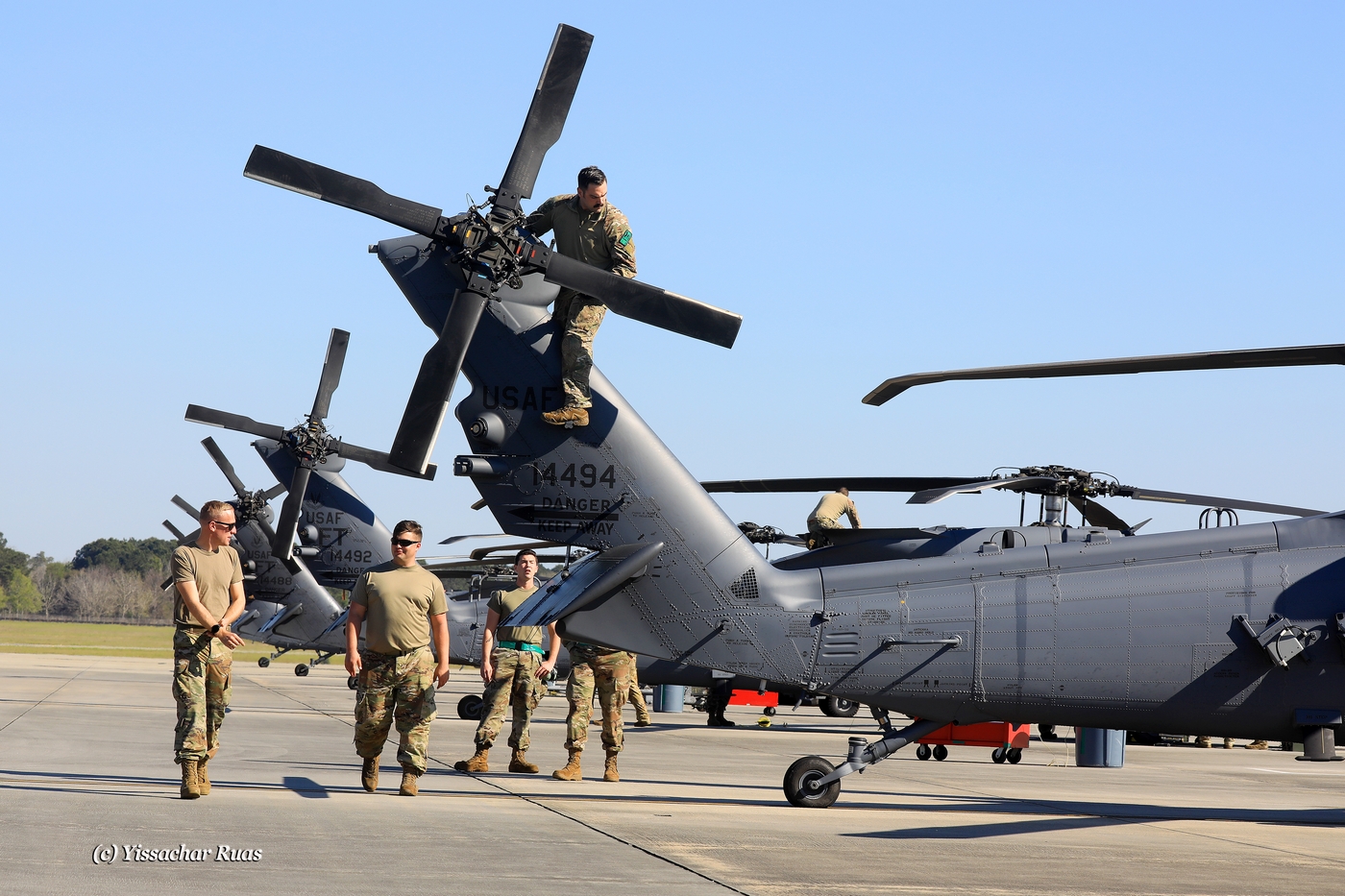 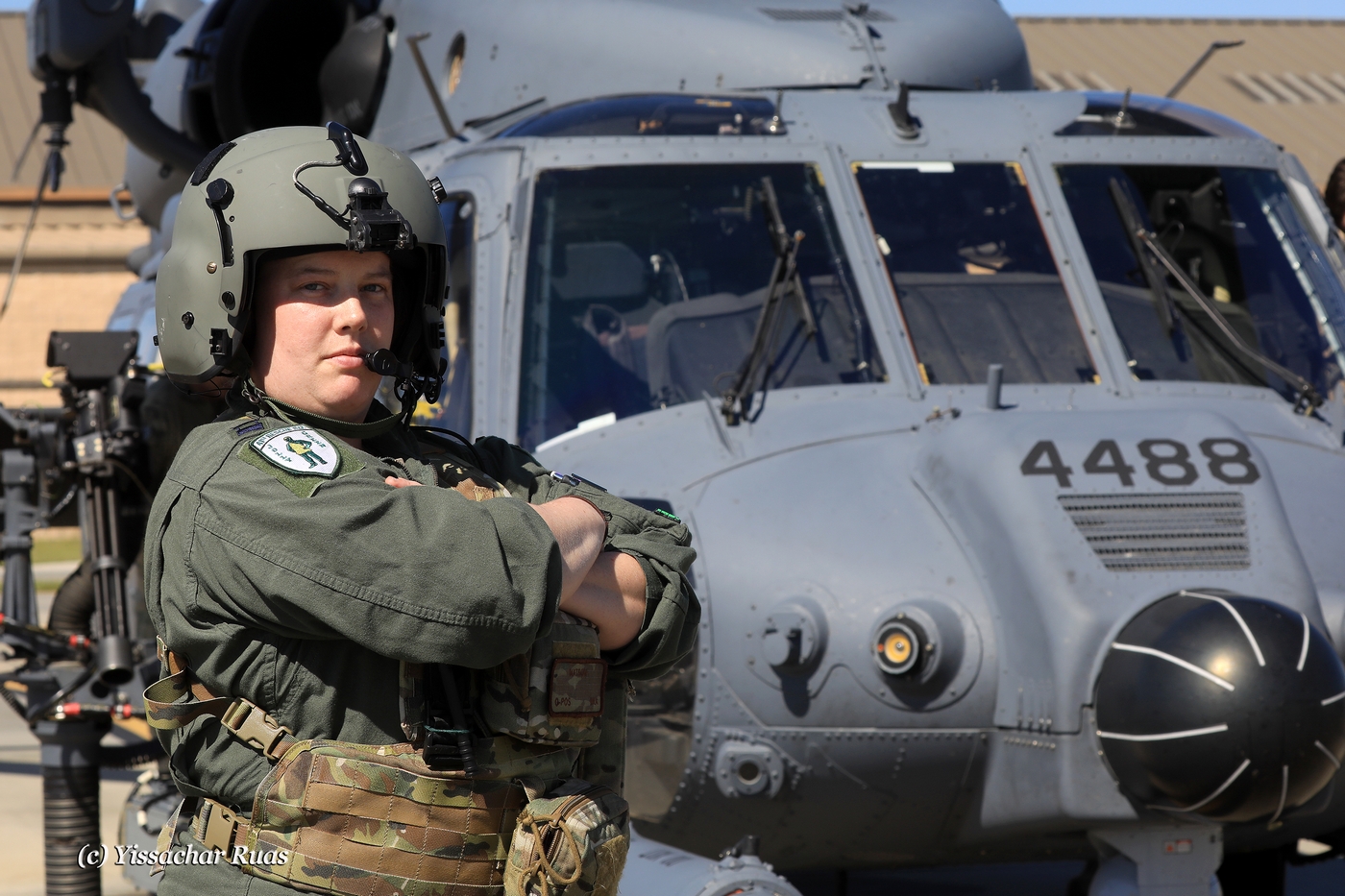 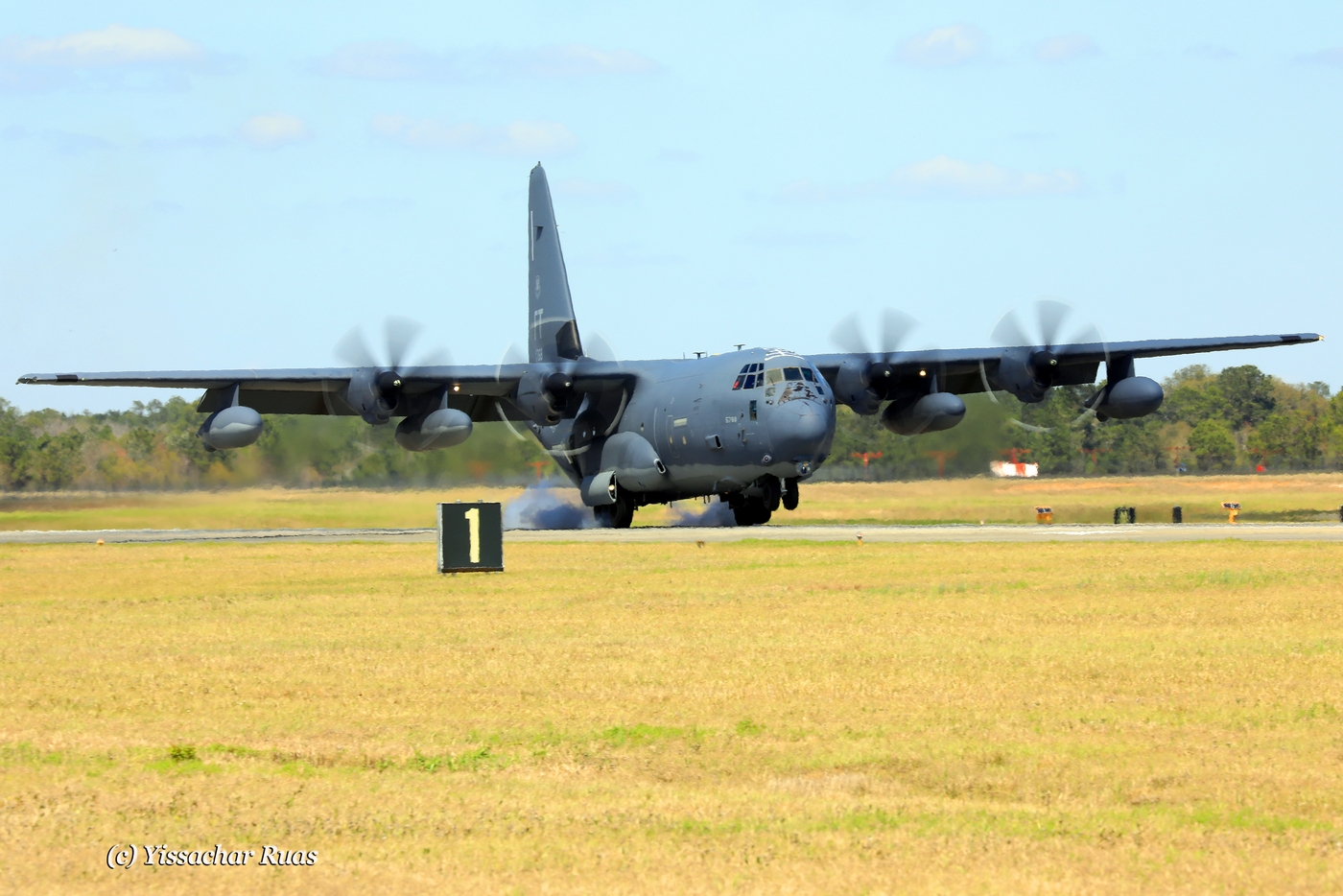 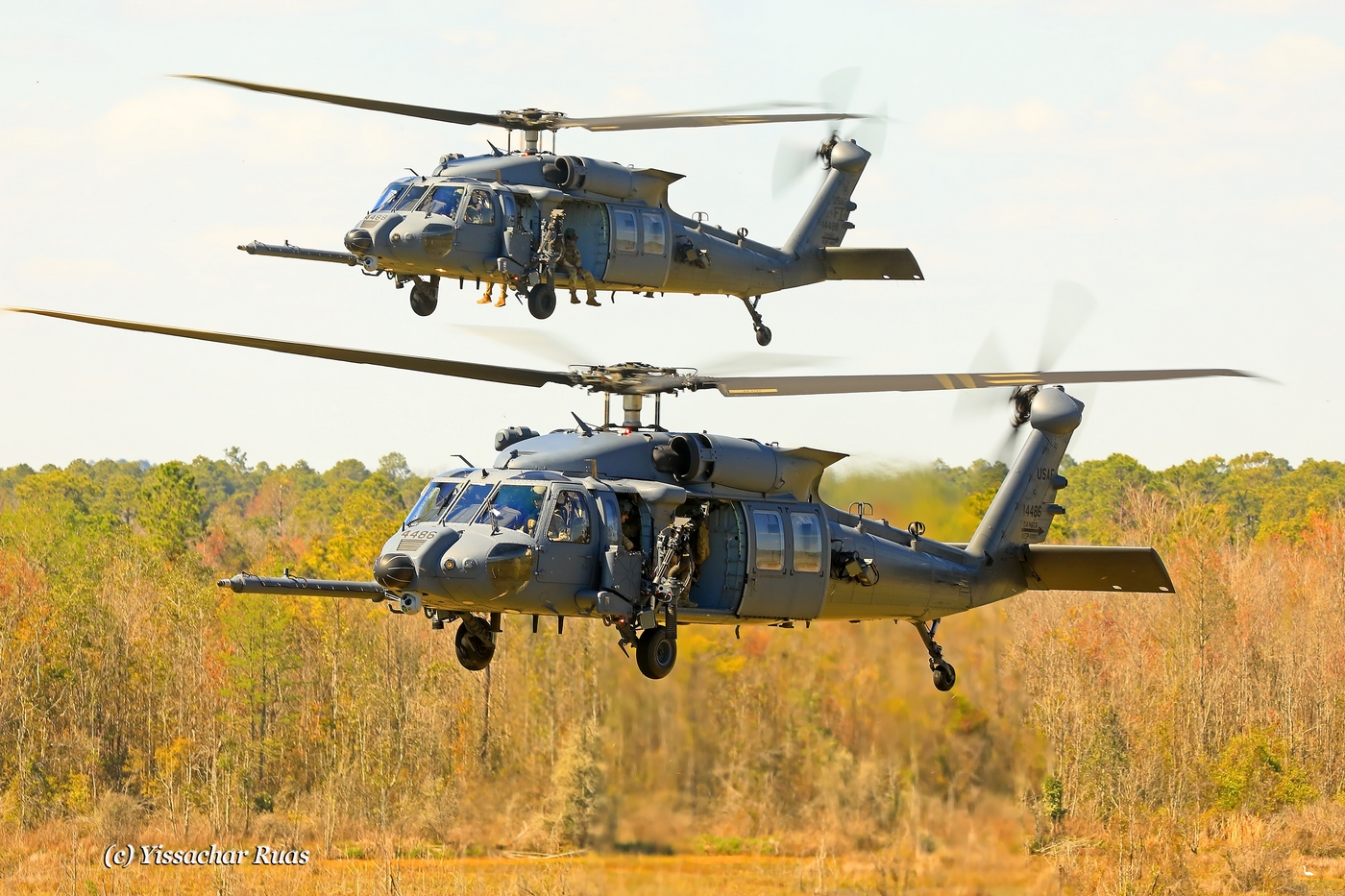