A B-2A Spirit from the 509th Bomb Wing participates in Diamond Shield 22.

In a first for the Royal Australian Air Force (RAAF) exercise Diamond Shield and the Air Warfare Instructors Course which is currently being conducted between RAAF Base Williamtown and RAAF Base Amberley, a B-2A Spirit stealth bomber has just conducted a 31 hour long-duration flight departing Whiteman Air Force Base, Missouri at around 17:30pm local Monday 21st (8:30am Australian Eastern Standard time, Tuesday 22nd) landing at Amberley at 15:34pm local (Wednesday 23rd of March). 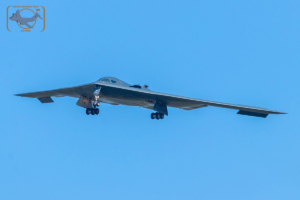 The turn on to final- Joel Thomas.

The B-2 is the only bomber in the U.S. inventory able to penetrate enemy territory to drop conventional or nuclear munitions, and still survive. Only 21 were produced, and all 20 operational jets are apart of the 509th Bomb Wing based at Whiteman AFB.

The stealth bomber named “Spirit of Mississippi” (serial 82-1071) with insignia of the 13th Bomb Squadron nicknamed the “Grim Reapers” and being flown by pilots from the 393rd Bomb Squadron nicknamed the “Flying Tigers” which are apart of the 509th Bomb Wing, was one of a three ship flight that was set to take part in Offensive Counter Air (OCA) manoeuvres with RAAF 81/82 Wing aircraft and U.S. Pacific Air Forces 354th Fighter Wing F-16’s from the 18th Aggressor Squadron which combined to play Red Air and Blue Air assets off the East Coast of Australia.

To prepare for the types of missions that would take the “Grim Reapers” and “Flying Tigers” beyond an adversary’s border, B-2 crew training involves traveling from America’s heartland to the other side of the globe, and gives the crews the chance to work along side their allied partners, in this case units squadrons from the RAAF.

Supported by a number of KC-10A Extenders and KC-135 Stratotankers deployed to various bases all over the Pacific region (NKAWTG) the B-2 was met and escorted into the exercise area by RAAF aircraft to achieve its objectives, it is not known wether students participating in the AWIC were playing in the OCA or DCA (Defensive Counter Air) missions.

Due to the nature of the global strike role the “Spirit” undertakes, and considering the RAAF are valuable regional partners with the USAF and would never fly against the B-2 in any situation, the mission would’ve involved aircraft from RAAF 81/82 Wing such as F-35A Lightning’s, F/A-18F Super Hornets and EA-18G Growlers providing combat air patrol (CAP) and cover for the B-2 in the OCA role in a mission that was most likely planned by AWIC students, to conduct a simulated strike mission on either a maritime target or the most logical target a specified area likely at the Evens Head training field area.

This means the “Blue Foxes” would have been tasked to imitate specific aircraft or carry specific simulated ordnance with the goal to disrupt the B-2 carrying out it’s mission. Once in the air during the simulated sortie their goal is to also eliminate escorting fighter and or support aircraft and try and get to and target the B-2 itself. 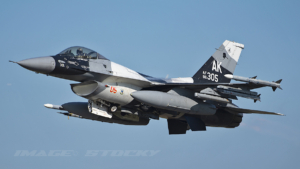 B-2 pilot crews have a lot to do on these long-duration flights that are undertaken from Whiteman AFB they have less of a choice compared to crews of the B-52 Stratofortress to not have distractions. For instance the B-52 is flown by a five-person crew — two pilots, two navigators and one electronic warfare officer. On the B-2, all of these tasks are shared between the two pilots, leaving less time for rest and more preparing for the mission at hand by entering a simulated conflicted airspace between the goodies (Blue Air) and the baddies (Red Air).

This is the first time a B-2 has landed at RAAF Base Amberley and underscores the friendship between the United States and Australia and their corresponding Air Forces.  This deployment for the first time in the RAAF’s AWIC, and before that Fighter Combat Instructors Course (FCI) history highlights the partnership and respect between the two air forces and it gives especially RAAF crews in the air and on the ground at Amberley a chance to work closely with the 509th Bomb Wing for the first time in their career, highlighting that all important interoperability.

It also adds to the rich tapestry of history between the USAF and RAAF, we’ve detailed in various articles and videos how for instance the 90th Fighter Squadron from Elmendorf, Alaska has a exchange fighter pilot program with the RAAF’s Air Combat Group, and that pilots such as Grads and Ando have been Australian pilots flying F-22A Raptors.

Well the 13thBS which again is apart of the 509thBW also has a long associated history with Australia over its 100 years of operations. Back in 1942 the the “Devils own Grim Reapers” were deployed to Brisbane Australia with Commanding Officer General Douglas McArthur becoming the Supreme Allied Commander taking command of the U.S. Army Air Force 5th Air Force in Brisbane during the April of 1942.

80 years ago during World War 2, the 13th Bomb Squadron had deployed to Australia and was anxious to take the fight back to the Japanese after the attack on Pearl Harbor. Their only issue? They were without any aircraft. Forward deployed at the time to Brisbane, Australia, the 13thBomber Squadron pitched tents and questioned how they were to fight without their beloved A-20 Havoc medium bombers. 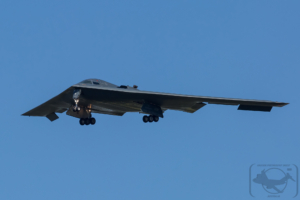 The commanding officer of the “Grim Reapers” at the time, U.S. Air Force 1st Lt. Bob Strickland, called the Far East Air Force (FEAF) headquarters which was located in the southern Victorian city of Melbourne, Australia, pleading with the higher headquarters to get his men planes. Their response to Strickland: The unit would be getting B-25 Mitchells and they were inbound.

Unfortunately, two weeks later, those planes never made it to the 13th Bomber Squadron. In fact, the Dutch Air Force ended up receiving the planes.  So with no planes and a desire to get in the fight, the reapers did what they had to. They “appropriated” the planes from the Dutch. The 13th crafted some authorization paperwork stating the planes belonged to the U.S., then 24 members of the 13th BS “tactfully appropriated” the B-25s and the rest, as they say, is history.

The B-25’s the 13th Bomb Squadron took control of during World War II, would go on to fly vital combat missions in the Pacific most notably though Papa New Guinea. The  Squadron continued to fly combat missions through the Korean War, logged their 1000th combat sortie during Vietnam, participated in the Global War on Terror while flying B-1 Lancers, and the “Grim Reapers” proudly led the fight against ISIS when the B-2 Spirit bomber launched from Whiteman in January 2017 and struck targets in Libya. 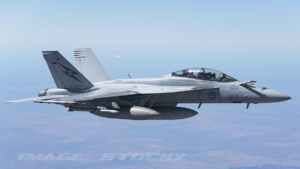 This deployment is a milestone in the Enhanced Air Cooperation program between the USAF and RAAF, and it will continue to grow the interoperability between the crews the EAC will only get better!

But for the students of the AWIC course it is an opportunity for them to plan and work alongside a unique USAF strategic bomber with a unique set of offensive capabilities and give them a insight how to better work with the USAF, and working along side the “Grim Reapers” clearly achieving what it takes to get the mission done and will always be ready to take the fight to the enemy anywhere in the world. 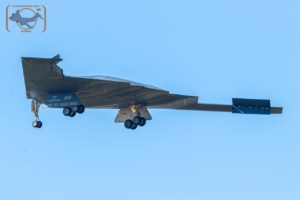 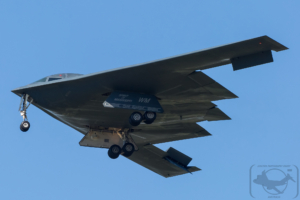