The 2022 MRF-D will see a nearly full Marine Air Ground Task Force (MAGTF) component with up to 2200 USMC personnel deployed to Australian Army’s Robertson Barracks and Royal Australian Air Force Base Darwin, and will conduct combined training with the Australian Defence Force (ADF) units including crisis response exercises and engagement with regional partners.

This year, for the first time, US Army personnel will deploy to work alongside and support the MRF-D.

Commanding Officer Headquarters Northern Command, Colonel Marcus Constable said that the rotation would build on the success of last year’s deployment which coincided with the 70th anniversary of the Australia, New Zealand, and United States (ANZUS) treaty.

“Australia’s alliance with the United States is our most important defence relationship and is central to Australia’s strategic and security arrangements.” He said.

“The MRF-D is a key way we increase regional cooperation with partners in the Indo Pacific and deepen interoperability between the ADF and the US Marine Corps. 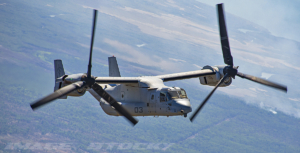 USMC Osprey over the Northern Territory.

“Together we conduct a comprehensive range of training activities including humanitarian assistance, security operations and high-end live fire exercises. These better position our forces to respond to crises in the region,” Colonel Constable said.

This year the MRF-D Air Combat Element (ACE) will be led by Medium Helicopter Squadron VMM-268 “Red Dragons” which operate the MV-22B Osprey from Marine Corps Base Hawaii- Kaneohe Bay. Other Marine Corps aviation units will be embedded along side the “Red Dragons” with VMGR-152 “Sumo’s” from Marine Corps Air Station Iwakuni in Japan providing logistical support and most likely HMLA-367 “Scarface” supporting VMM-268 with AH-1Z Vipers and UH-1Y Venoms.

With RAAF 75 Squadron based in RAAF Base Tindal near Katherine a three and a halve hour drive south of Darwin, the squadron has recently accepted their new F-35A Lightning II aircraft at the end of last year, after being the last Squadron in the RAAF to operate the F/A-18A/B Classic Hornet.

It remains to be seen but this would be a perfect time for the MRF-D ACE to incorporate the F-35B Lightning in its 2022 Detachment, with VMFA-242 “Bats” based at Iwakuni now operating the F-35B Lightning. The level of interoperability gained between the RAAF and USMC Squadrons gaining insight into tactics using a 5th generation platform would be a great stepping stone for them working together in the future anywhere in the world.

VMFA-242 has deployed to Australia before being apart of  the MRF-D ACE in 2017 with F/A-18D Legacy Hornets and worked in closely in the various training areas such as Bradshaw, Kangaroo Field and Mt Bundy Training Areas with USMC and Australian Army Ground Forces, honing their skills working as an effective team to achieve objectives set. 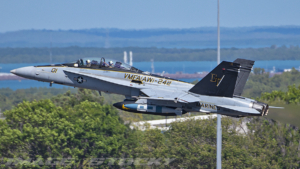 The first Air COmbat Element unit to deploy to Australia was HMH-463 “Pegasus” also from Kaneohe Bay in Hawaii, the unit deployed with four CH-53E Super Stallion aircraft and around 160 personnel, making it the first time the ACE worked in closely with the ADF since the announcement for the rotation deployment was made by President Obama with former PM Jullia Gillard in 2011.

MRF-D Commanding Officer Colonel Christopher Steele said it was an honour to build upon the continuing legacy of the U.S. – Australia Alliance.

“This year our Marines will be coming from Camp Pendleton in Southern California as the 1st Marine Expeditionary Force assumes this mission, working alongside our United States Army and Australian Defence Force counterparts,” Colonel Steele said.

“We are excited to serve as the first regimental headquarters to lead MRF-D, and integrate two highly capable and interoperable forces that advance our shared goals, demonstrate the strength and endurance of our alliance, and contribute to regional security.

“Being able to continue MRF-D rotations while making the necessary adjustments to deal with the COVID-19 pandemic is a testament to the alliance relationship and the discipline of our forces,” Colonel Steele said.

The procedures for managing MRF-D’s arrival, border entry protocols and possible cases of COVID-19 have been developed and agreed in full consultation with NT Health authorities and will strictly adhere to all Australian Government requirements to mitigate the risk of COVID-19.

The US Marines are expected to complete the rotation in Australia in October 2022.

MRF-D is one of the United States Force Posture Initiatives that sits alongside an expanded program of Enhanced Air Cooperation between the Royal Australian Air Force and United States Air Force. 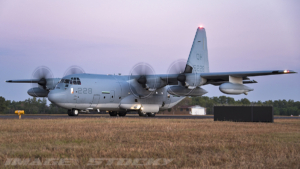 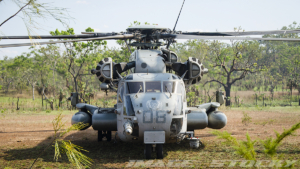 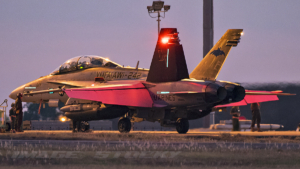