The 2016 NAS Oceana Air Show was held this past September 10th and 11th with a full day’s worth of precision flying and entertainment. Drawing more than 280,000 visitors from 25 states and 12 countries over a three day event that is recognized as the Navy’s largest open house in North America. NAS Oceana is a master jet base located in Virginia Beach and is home to over 10,000 military members.

According to the PAO, the NAS Oceana Air Show forged a ground-breaking partnership with the Virginia Beach City Public School System (VBCPS) to create a one of a kind “Outdoor STEM Laboratory” on an unprecedented scale. Recognizing the need to highlight career fields in Science, Technology, Engineering and Mathematics (STEM) to America’s youth, the leadership of NAS Oceana and VBCPS committed to creating this Outdoor STEM Laboratory for every 5th grade student in Virginia Beach during the Friday, practice air show on board NAS Oceana. The entire 5th grade class – totaling more than 6,500 students –attended the Friday air show for a full immersion in STEM displays, flying performances, ground static displays and a performance by the U.S. Navy Blue Angels flight demonstration team. These displays will seek to educate and inspire our students to consider STEM fields of study with hands-on experiences in physics, robotics, 3D printing and much more.

The performer list was an interesting mix of civilian, warbird and military aircraft. Here are some of the details…

Bill Leff performed each day with his North American T-6 Texan trainer and put on a precision aerobatic show. Bill and his Texan have become regulars at this show, returning each year.

Scott “Scooter” Yoak brought his beautifully polished P-51D Mustang called Quicksilver and  flew an aerobatic demonstration. The mission of the Quick Silver Flight Team is to honor and pay tribute to the thousands of veterans that have sacrificed their lives for the freedom and security of others.

The Geico Skytypers brought their 6 North American SNJ-2 aircraft to the show from Long Island, New York. Their demonstration featured maneuvers and formations utilized during World War II. Their aircraft originally built in 1940 and 1941, have been fully restored and specially equipped with modifications for skytyping missions.

The Warrior Flight Team flew two L-39 jets at the show. One painted in the famous “Vandy-1” colors and the other in a VFA-106 Gladiators theme. Flown by experienced Naval aviators, they performed some tight formation passes and other combat maneuvers. The Warrior Flight Team highlights the needs of our nation’s wounded veterans.

The US Army Black Daggers Parachute Team demonstration their skills each day in support of Army special operations, recruiting and community relations. Their high speed approaches were particularly thrilling to the crowd.

Skydive Suffolk, the premier skydiving center in the Virginia Beach area, performed numerous jumps over the weekend, including bringing the POW/MIA flag for the Vietnam Veteran ceremony as well as the Stars and Stripes for the official start of the show. They performed some aerobatic work as well, with canopy stacking and high speed maneuvers which really thrilled the crowd.

One of the show’s highlights for the kids in attendance is undoubtedly the Shockwave Jet Truck. This is a semi truck powered by three jet engines and reaches speeds over 350 MPH. The huge clouds of smoke and 30 foot flames are certainly impressive to all and always capture the full attention of the kids. A race was staged  between Rob Holland and the Shockwave jet truck.

The Oceana air show always features both the Legacy and Super Hornet demos. Both were performed by VFA-106 Gladiators jets and crews based at NAS Oceana. The legacy demonstration routine showcased the capabilities of the F/A-18C from low speed all the way to the high speed pass above Mach 0.9. High G tight turns and other tactical maneuvers were demonstrated and plenty of vapor was visible due to the humid air typical of the area.  Each day the Super Hornet team executed a high energy, fast paced and high G routine showcasing the incredible power and performance of the Super Hornet jet also known as the “Rhino”.

Unique to the Oceana Air Show is the airpower demonstration – Oceana-based Strike Fighter aircraft demonstrate the maneuvers and tactics used to deliver air-to-ground weapons in real-world combat operations. F/A-18C Hornets and F/A-18E/F Super Hornets perform aggressive maneuvers for simulated weapons delivery with pyro, a dogfighting demonstration and aerial refueling. Squadrons participating include the VFA-211 “Fighting Checkmates”, VFA-106 “Gladiators”, VFA-81 “Sunliners” and the VFC-12 “Fighting Omars”. This year the HSC-6 “Indians” from Carrier Air Wing 17 brought their MH-60S Knighthawk helicopters to perform in the demonstration. They dropped off some Navy seals at the beginning and extracted personnel at the end of the demo. The airpower demo concludes with a “fleet flyby” where the jets from the airpower  demonstration join up in formation for a pass over the field. Followed closely by a Hornet “sneak pass”.

Rob Holland brought his MXS-RH aircraft to showcase the extreme maneuvers of an unlimited aerobatic plane. Rob recently won his 6th consecutive US National Aerobatic Title and we could definitely see how he achieved this.

The US Air Force F-22 Demonstration Team performed their impressive routine each day. Staging out of nearby Joint Base Langley, they demonstrated some of the unique capabilities of this fifth generation fighter which certainly captured the attention of the crowd. A Heritage flight followed with a P-51 Mustang in formation.

The US Navy Blue Angels were the headliners as usual and didn’t disappoint. The mission of the United States Navy Flight Demonstration Squadron is to showcase the pride and professionalism of the United States Navy and Marine Corps by inspiring a culture of excellence and service to country through flight demonstrations and community outreach. Then the six Blue Angel Hornets, led by Captain Ryan Bernacchi, took to the skies and wowed the crowd with their precision and graceful performance.

The static displays were once again very good this year. An like the last two shows, there was a group of colorful CAG jets representing some of the squadrons based at NAS Oceana.

Another unique part of the Oceana Air Show weekend is the Beach Blast held on the beachfront around 31st street. After sunset, a Super Hornet made four afterburner passes along the beachfront – the afterburner trails glowing brightly in the night sky. Then the Black Daggers  parachute team jumped onto the beach with some high speed approaches which definitely thrilled the crowd.

In summary, another Oceana Air show was successfully executed. The event showcased the skills, talent and dedication of the US Navy personnel. The crowd came away each day impressed and inspired by the performances.

Aviation Photography Digest would like to thank
the NAS Oceana Public Affairs Office for their assistance. 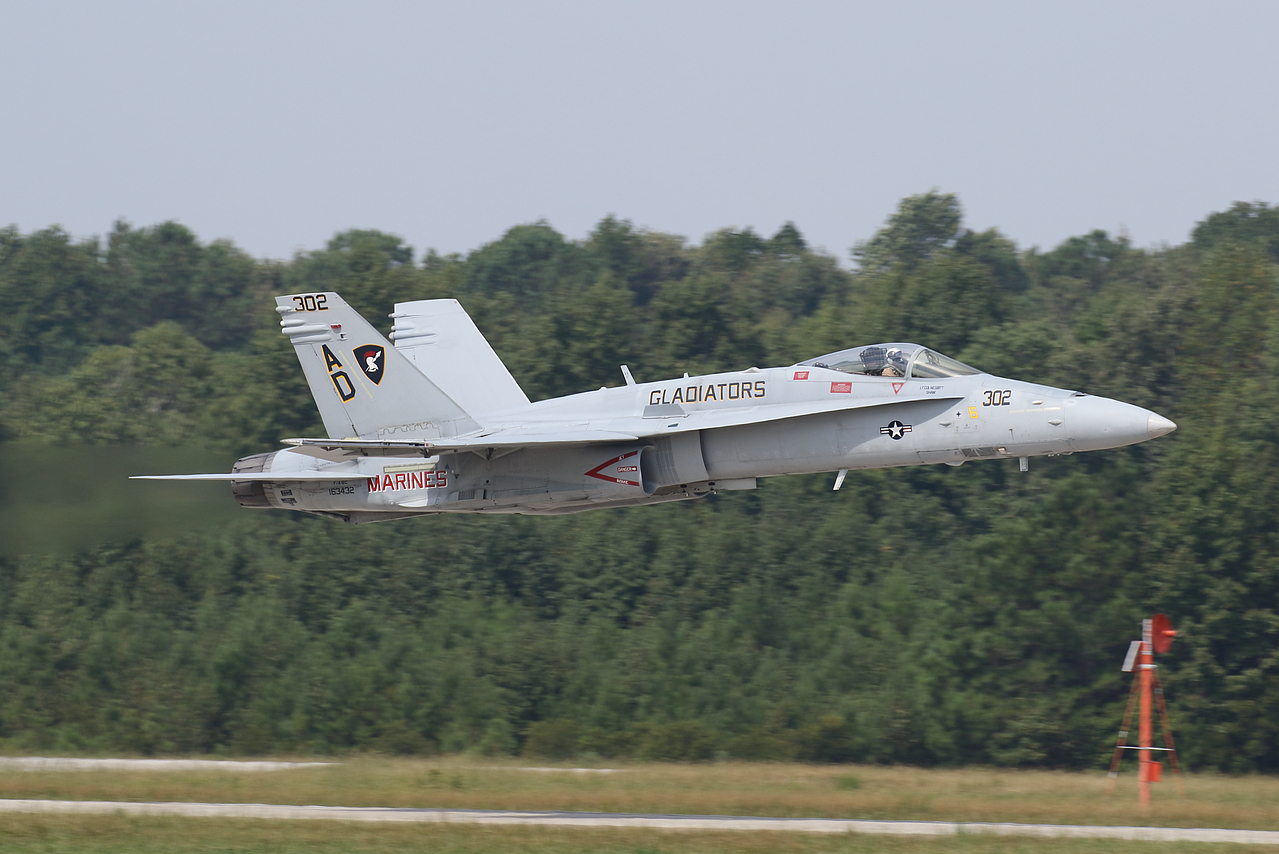 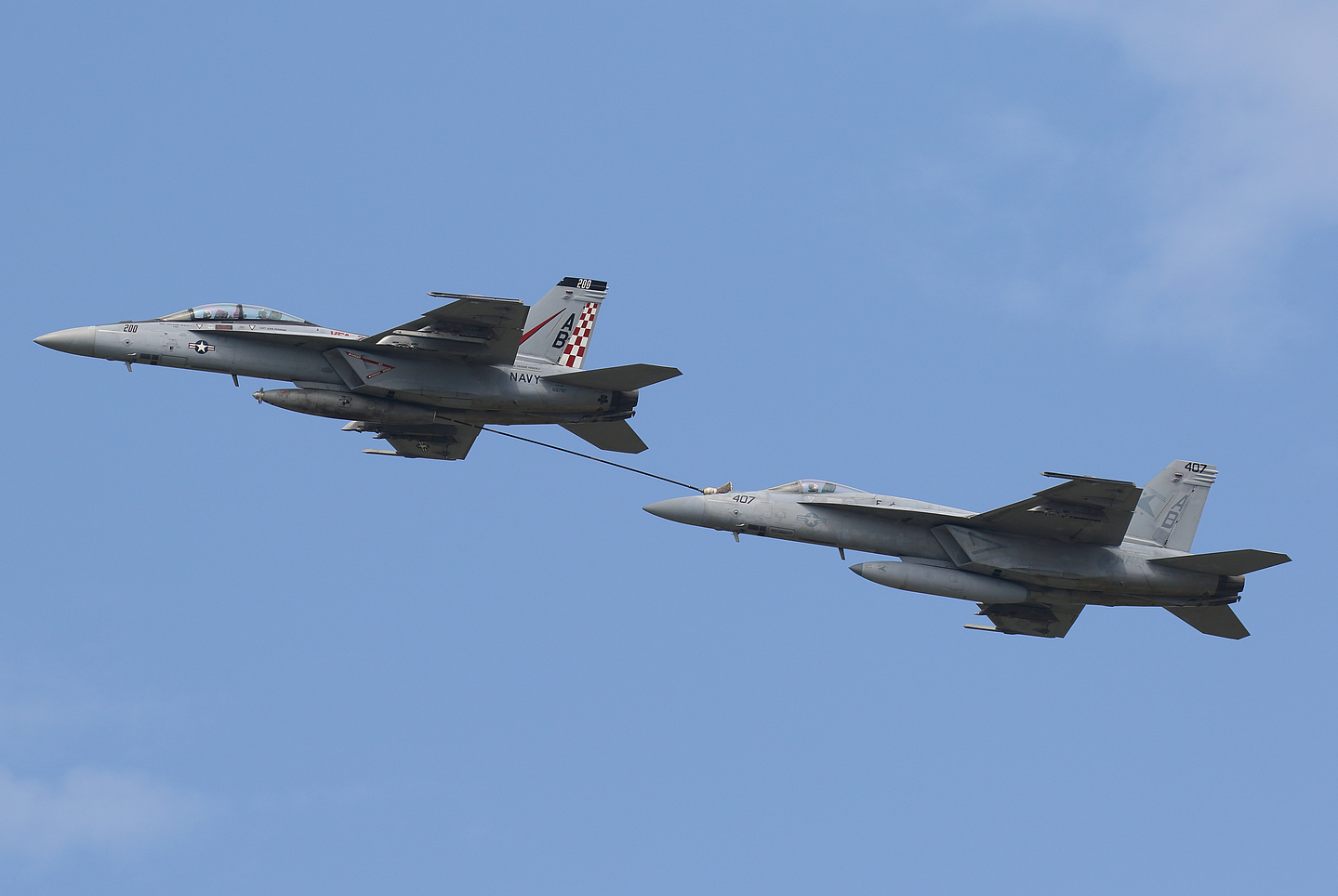 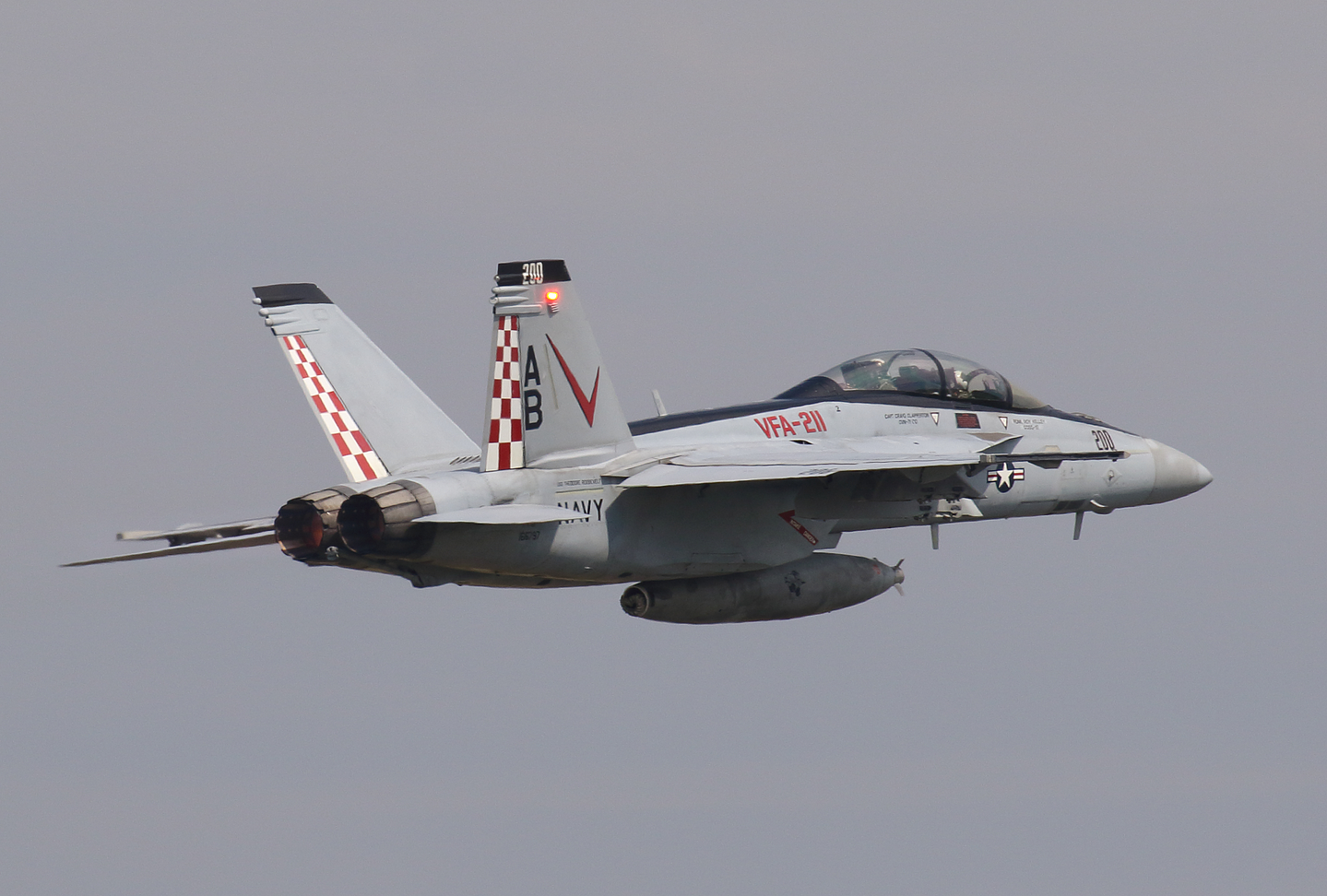 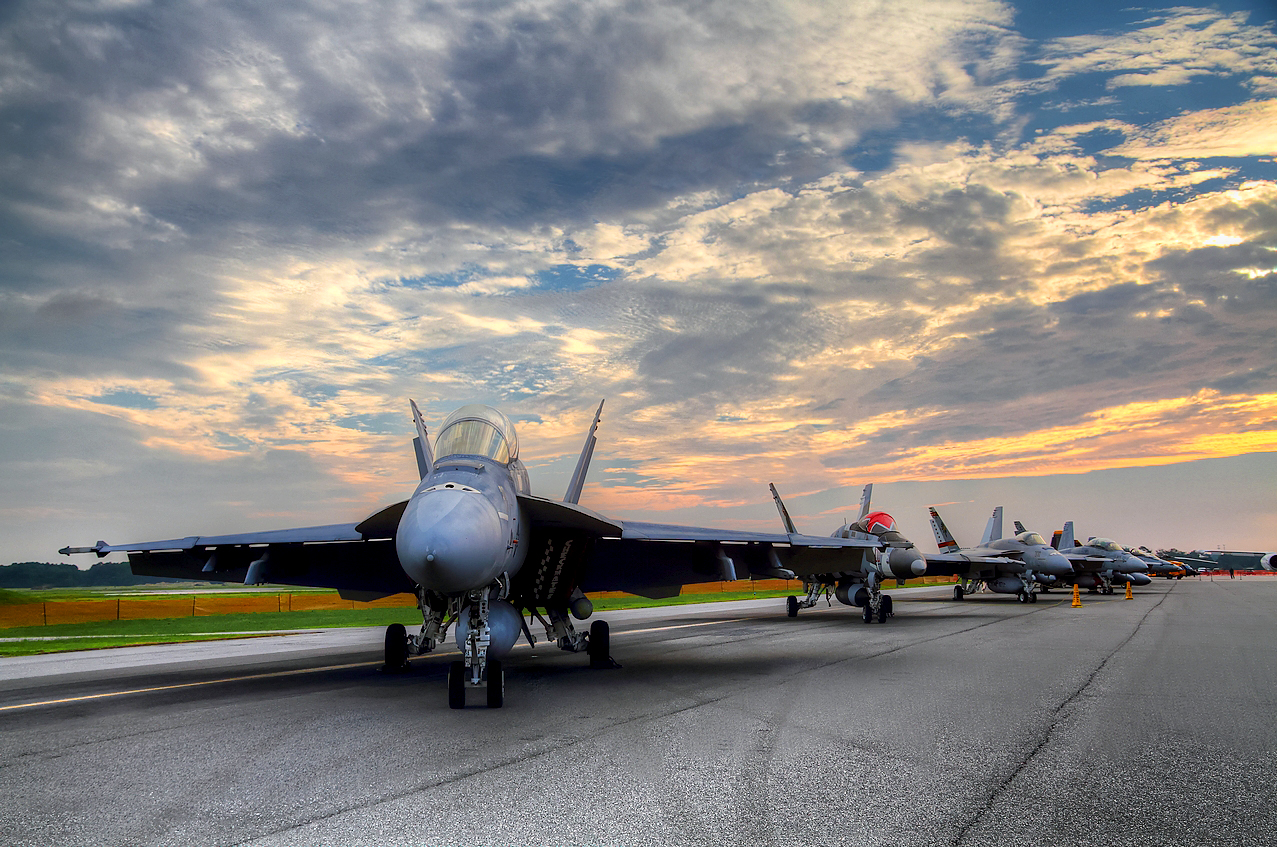 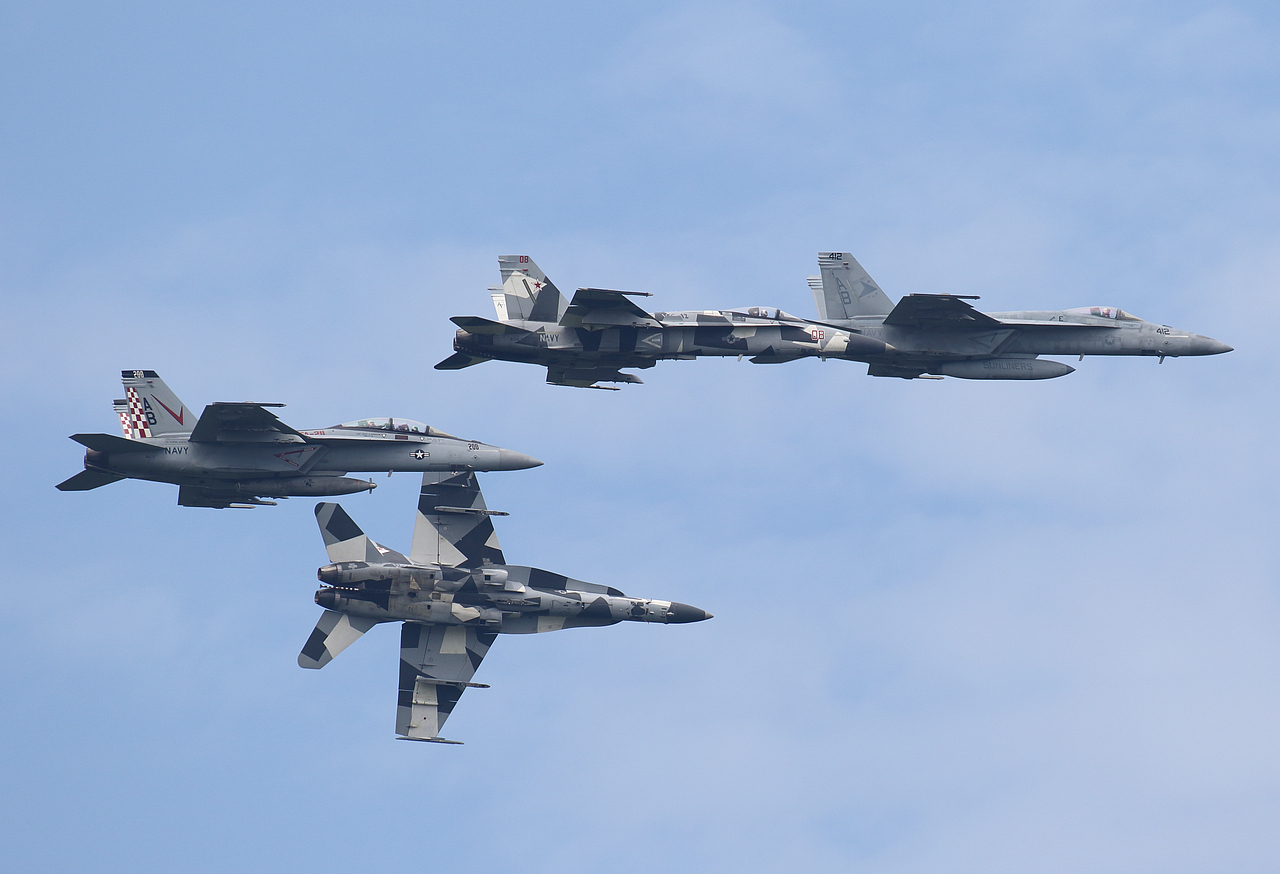 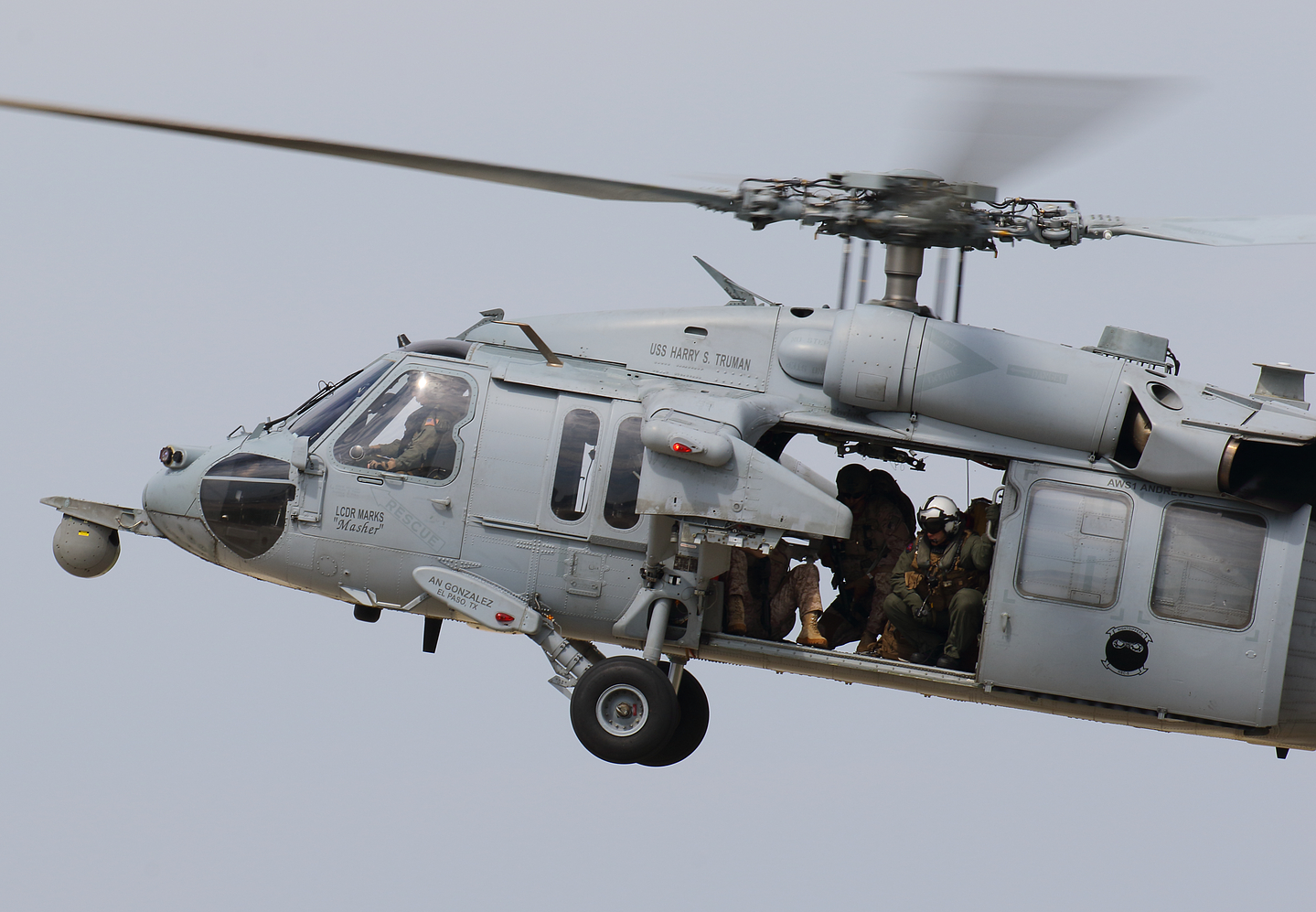 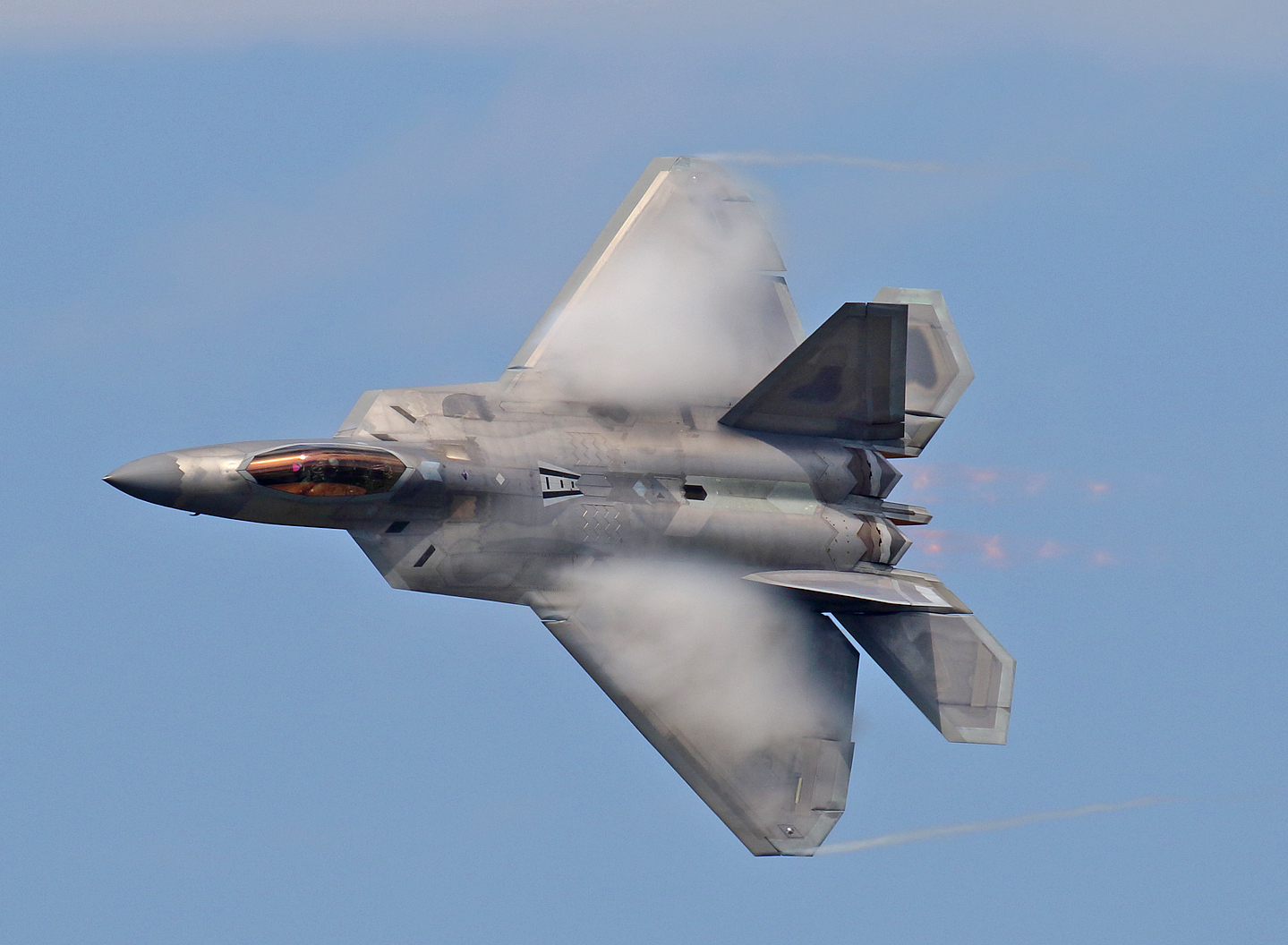 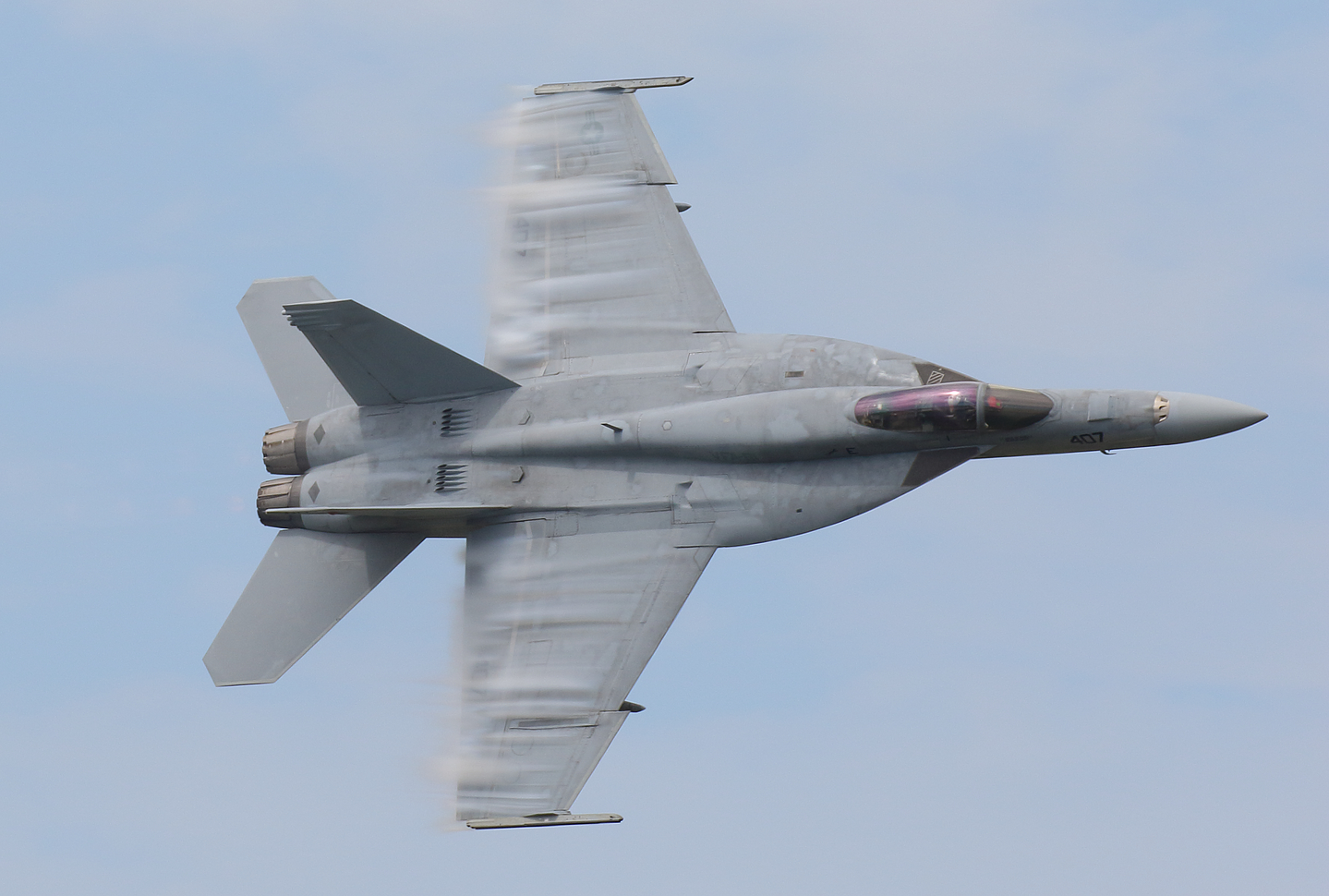 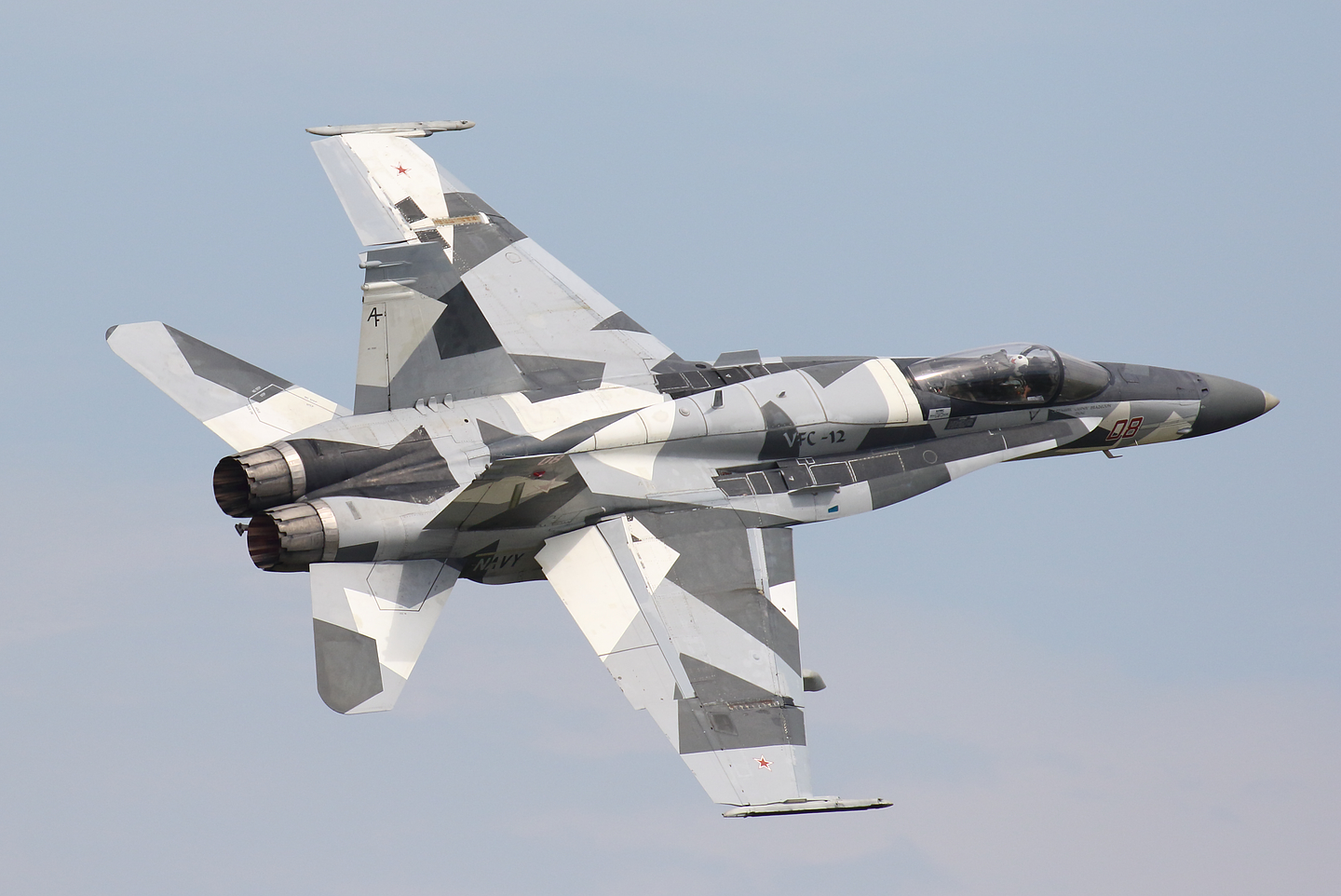 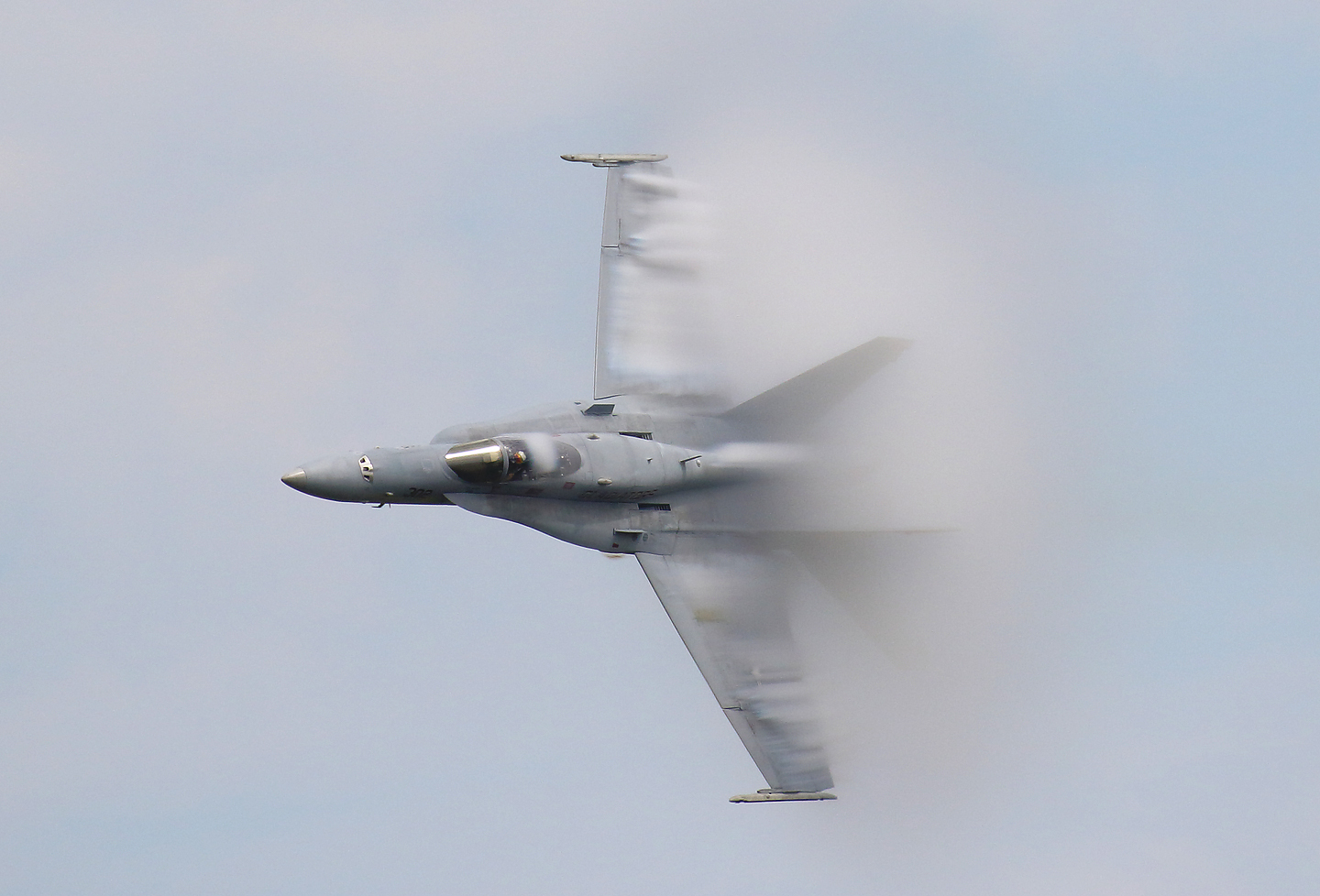 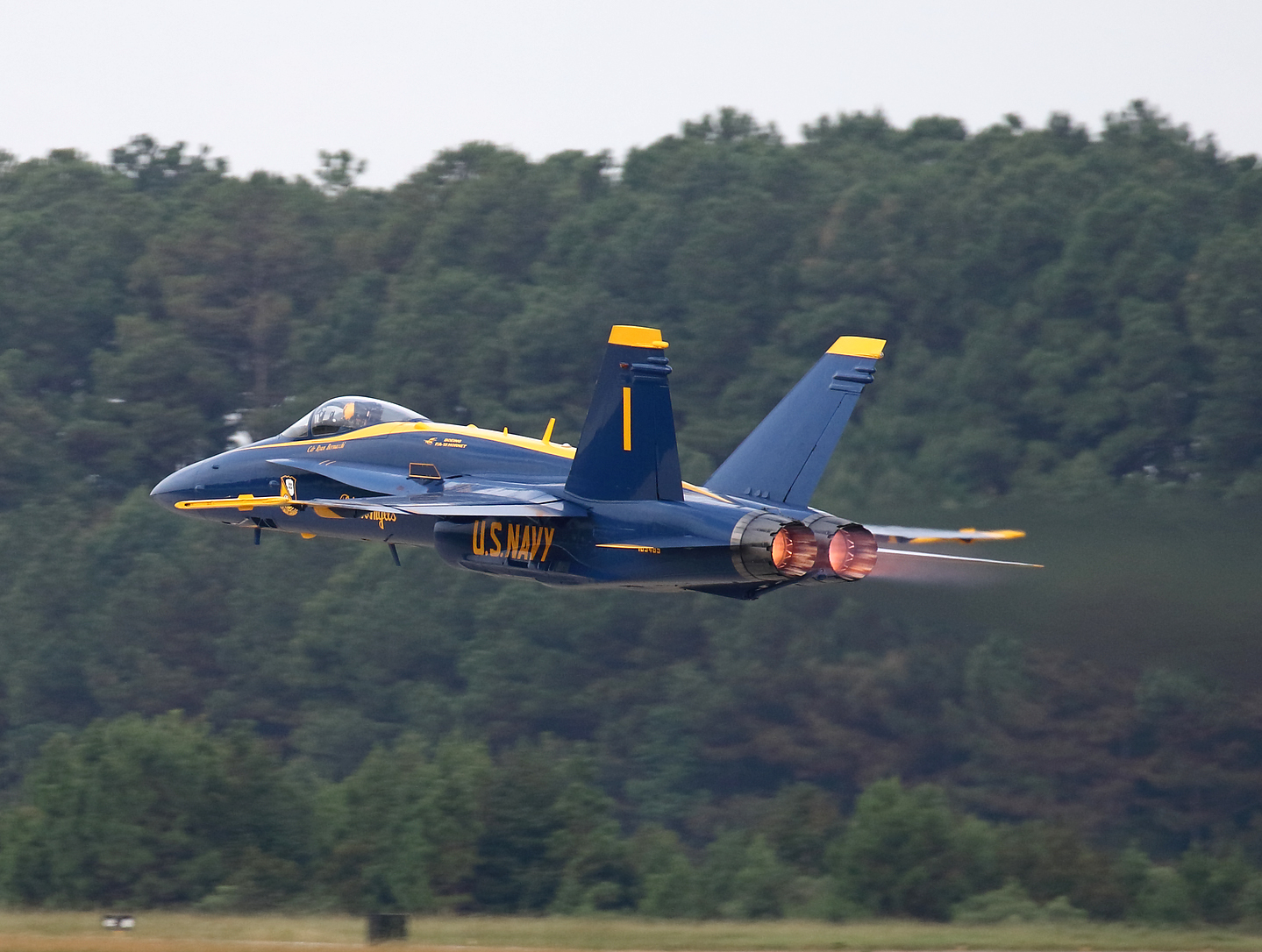 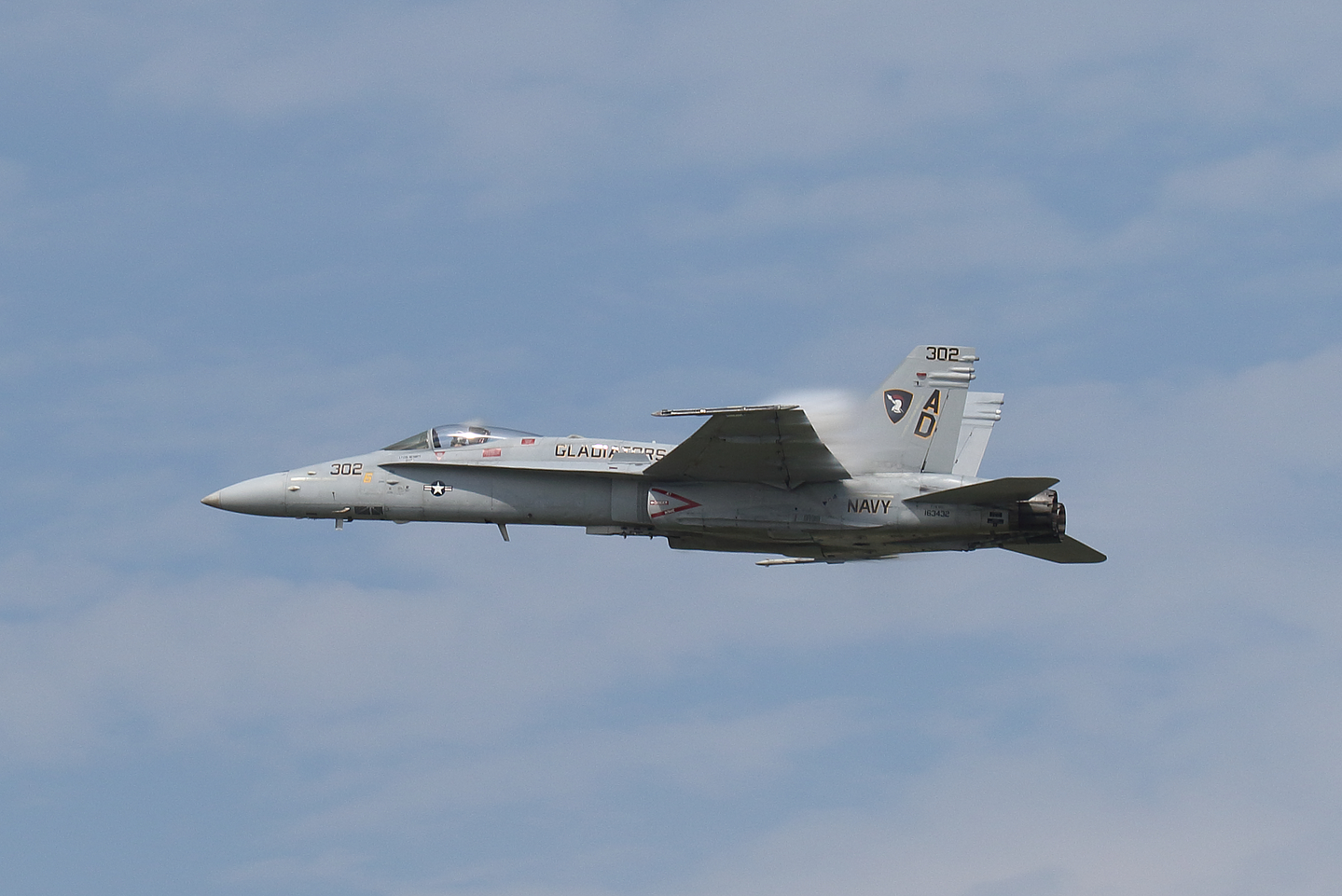 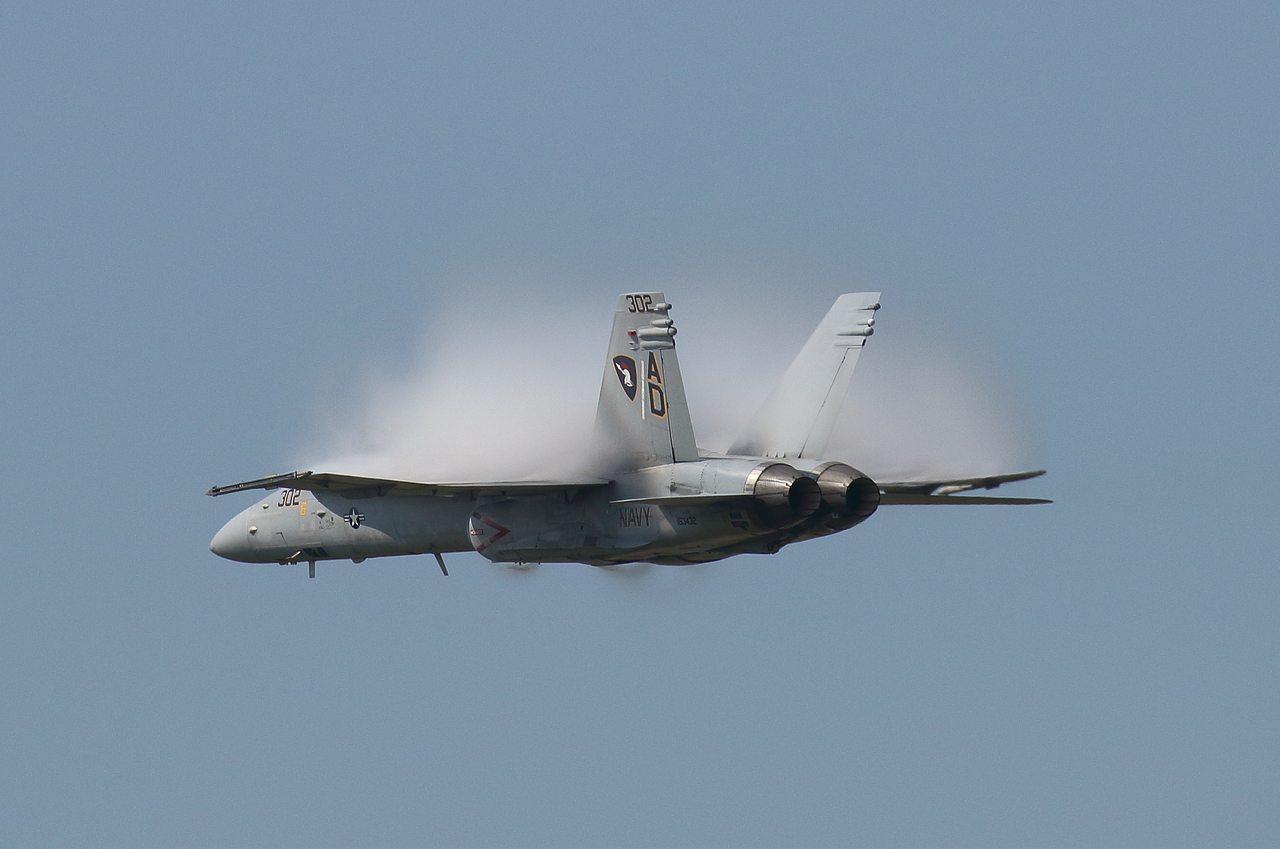 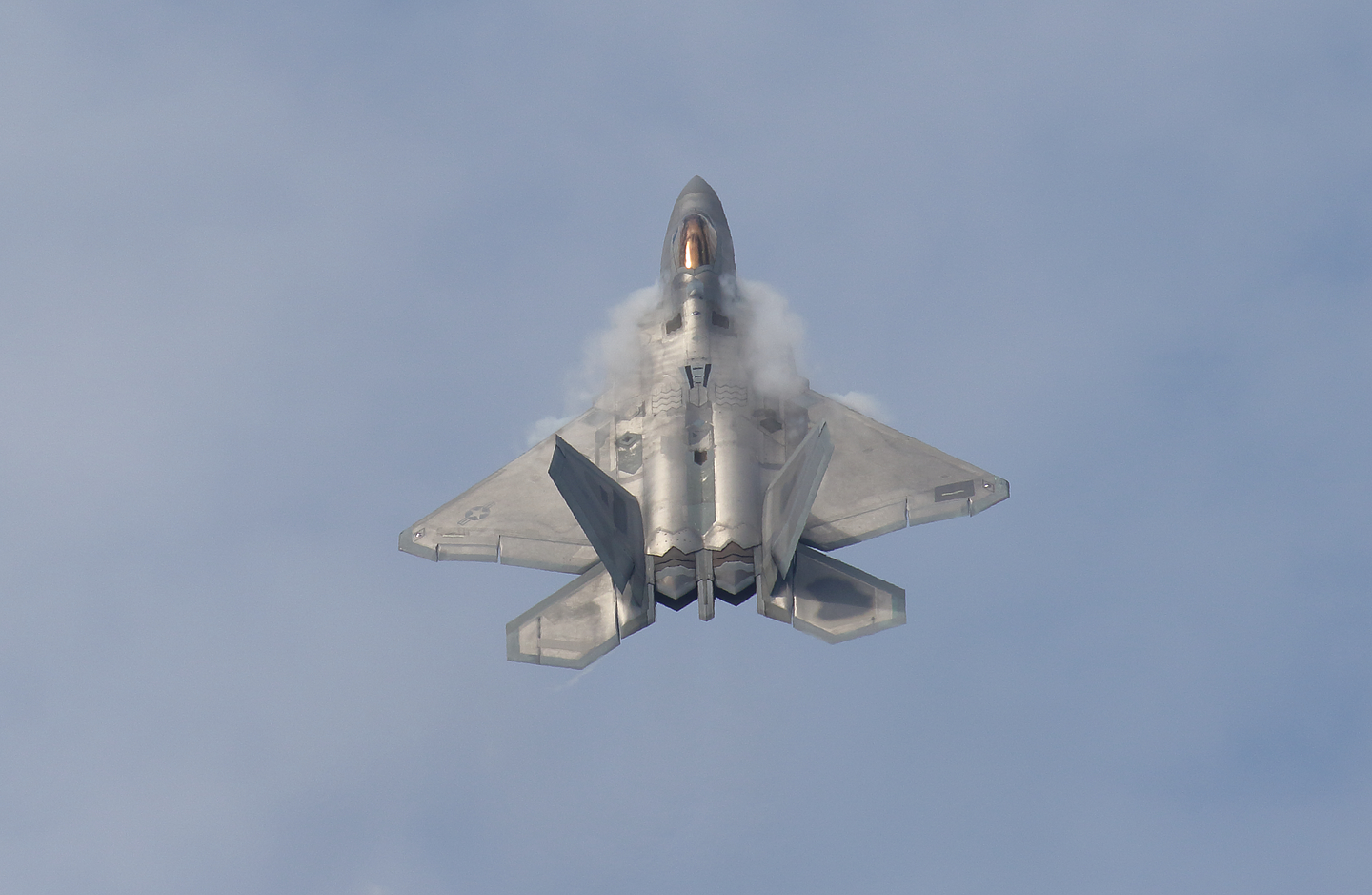 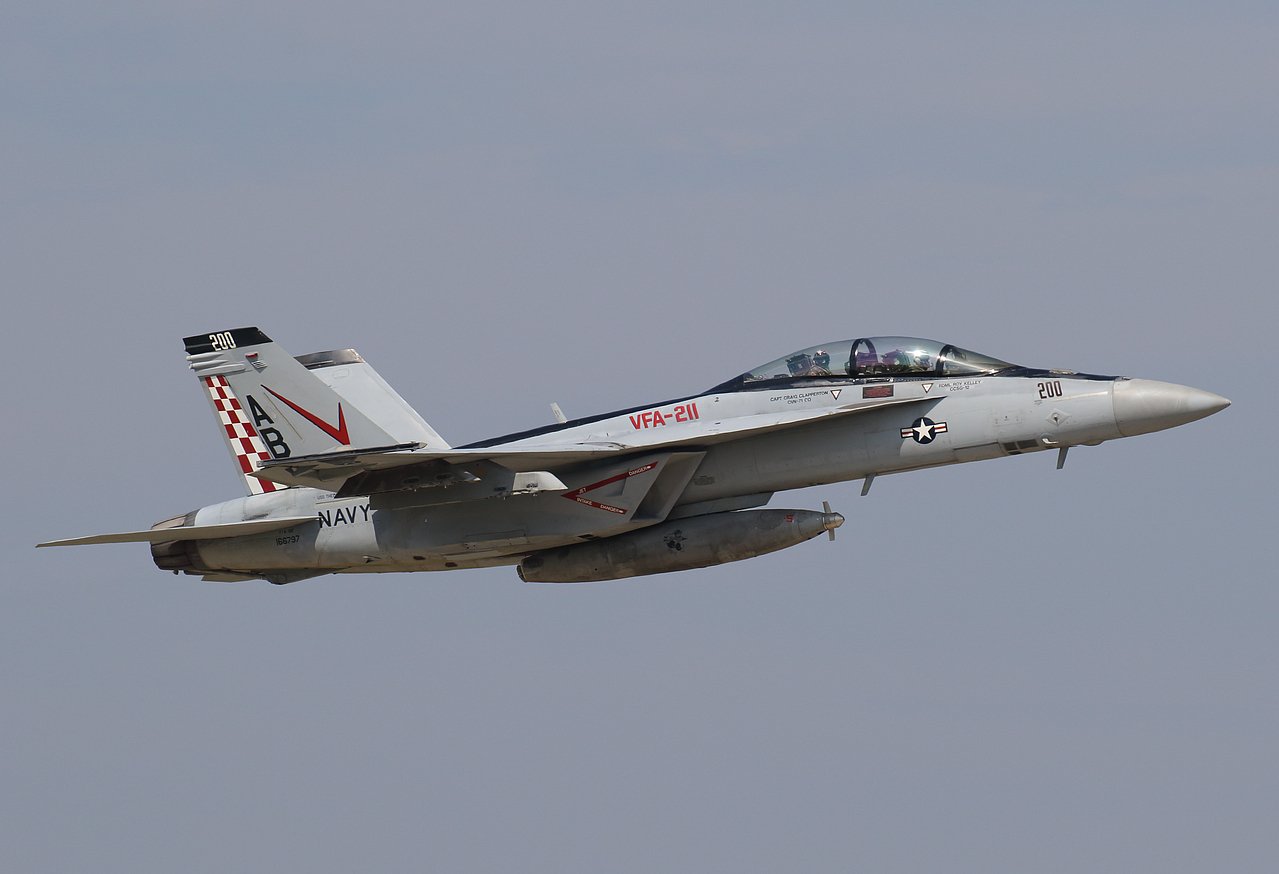